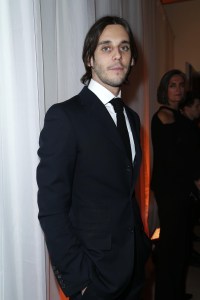 Maybe you’ve not been following the New York Post‘s coverage of the February fight at New York’s Double Seven lounge that ensnared Pierre Casiraghi, Stavros Niarchos, Diego Marroquin and the art world’s own Vladimir Restoin Roitfeld. Your loss, if you haven’t.

This month’s Vanity Fair does a deep dive on the whole thing and denizens of the art world may be interested to know that it was Mr. Roitfeld—not, as it was initially reported, Mr. Casiraghi—who seems to have swung a vodka bottle at Adam Hock, the aggressor who all the same had absolutely no problem taking out the other four men. Mr. Roitfeld said in an affidavit that he doesn’t remember doing it since his “cognitive state was compromised by the blow from Adam Hock.”

Mr. Roitfeld is, of course, the son of Carine Roitfeld who in recent years has worked as an art dealer. He just opened a project space on the Upper East Side.