The Democratic State Committee this evening withdrew its challenge to the petition signatures of gubernatorial candidate Troy Webster.

Webster’s attorney Ted Maciag told PolitickerNJ.com that he, the attorney for the Democratic State Committee and Administrative Law Judge William Miller agreed in today’s hearing that Webster had sufficient valid petition signatures to stay on the Democratic Primary ballot.

As Miller oversaw an inquiry into Webster’s signatures, the trend showed the gubernatorial candidate meeting the burden of proof about 75% of the time.

“He was well on his way to receiving over 1,000 and common sense prevailed,” Maciag said.

However, Webster is not done. Miller must still consider circulatory affadavits and make a determination about whether Webster’s team properly filled them out, but as of tonight the candidate’s chances to stay on the Democratic Primary ballot appeared strong. 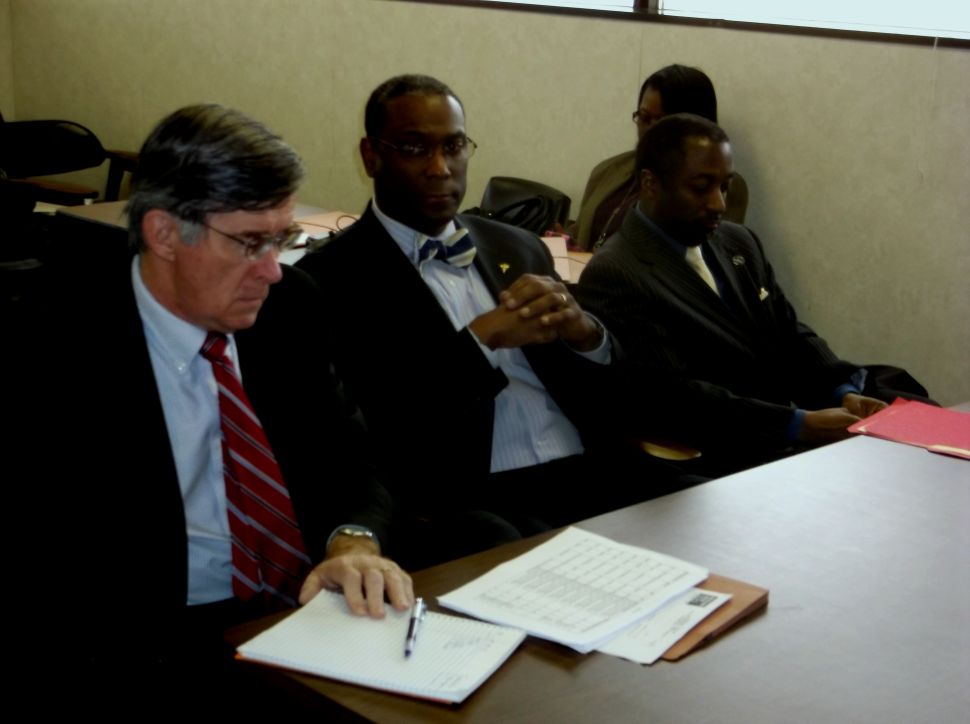