Former Congressman Anthony Weiner’s media marathon today was even more expansive than it initially appeared, spanning at least six local channels as he seeks to repair his tarnished brand in the wake of an infamous Twitter scandal that forced his exit from Congress two years ago. In several of the interviews, Mr. Weiner hinted that additional lewd photographs or stories about his digital sex life could emerge, but he perhaps went the furthest on the topic with FOX 5’s Ti-Hua Chang.

“I’m sure that stuff is going to come out,” he answered when asked if anything “salacious” may still arrive. “Some of it may be true, some of it not … But I’m certainly not going to do anything more to bring anything up. But I know that people are digging around all the time.”

Mr. Weiner, who’s exploring a campaign for mayor, further said that some of women he contacted online may decide to sell their stories for attention, but suggested the press could simply ignore them going forward.

“Some of them have willingly come out and sold their stories,” he explained. “Some of them may want to do that again. But I can tell you this, it’s going be up to you. If you don’t put them on the air and you don’t want to talk about it anymore, believe me, you’ll have a willing partner with me.”

The former congressman expressed his hope that no matter what revelations may still be headed his way, they fundamentally won’t provide anything new to a well-tread story.

“Can I tell you something?” he asked Mr. Chang. “People know the story at this point. I mean, people know I did it. People know that I did it with multiple women. They know the pictures–they’re all out there. But I’m not going to say to you that no one is going to release another picture or there’s nothing else going on. People may hear things that are true or not true. But I’ll tell you this, I’m done talking about it. If people want to come out and say things, they can. I’m hopeful that I’m putting this behind me.”

And, as far as whether his mayoral campaign will indeed turn into a reality, Mr. Weiner said there was “a good chance.” 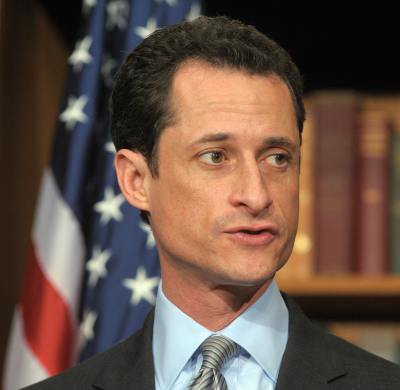