HIGHLANDS – Gov. Chris Christie planted his gold-sealed podium in a restaurant on the Bayshore today, a short pace from where Henry Hudson once dropped anchor, close to where the Redcoats strung up Joshua Huddy, and ground zero for New Jersey’s version of the Tea Party movement.

Here Christie reenacted on a miniature scale his bipartisan love hug with President Barack Obama, this time with Obama’s HUD Secretary Shaun Donovan, as he and Donovan vowed commitment to rebuilding a residential area tortured last year by Hurricane Sandy with a federal plug totaling $1.83 billion.

“This really is a bipartisan effort,” said Christie, standing inside Bahr’s Landing, a short pace from the bait and tackle laden docks on the bay and a biting April air.

“I can still see the emotion on the faces and feel the sense of loss,” he added. “It’s still close to the surface.”

Obama told Christie after Sandy that if his cabinet members didn’t return Christie’s phone calls within 15 minutes to call him directly and he would make it happen. “They have held to the 15-minute rule,” Christie declared happily.

In light of the self-proclaimed effectiveness of bipartisanship voiced by Christie and Donovan, PolitickerNJ.com asked the Republican governor if the Tea Party movement was obsolete or if he cared to comment on its legacy.

“I have no idea,” said the governor.

His chief allies are now contending with the remnants, reanimated portions and reconfigured elements of a group that in 2010 put its efforts behind then-Highlands Mayor Anna Little, who blew up the party establishment candidate in the GOP Primary with an anti-federal government message before being soundly beaten by U.S. Rep. Frank Pallone (D-6).

“Their views are irreconcilable,” O’Scanlon said of Bellew’s slate. “They’re being supported by people who opposed Sandy relief and who deny a reasonable role for government.” 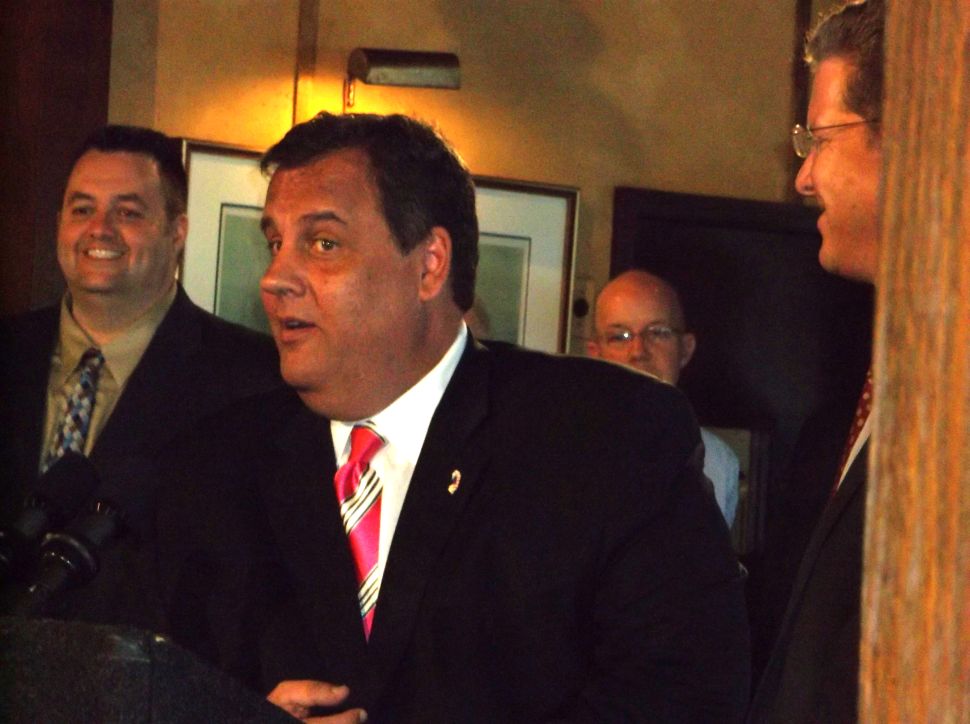