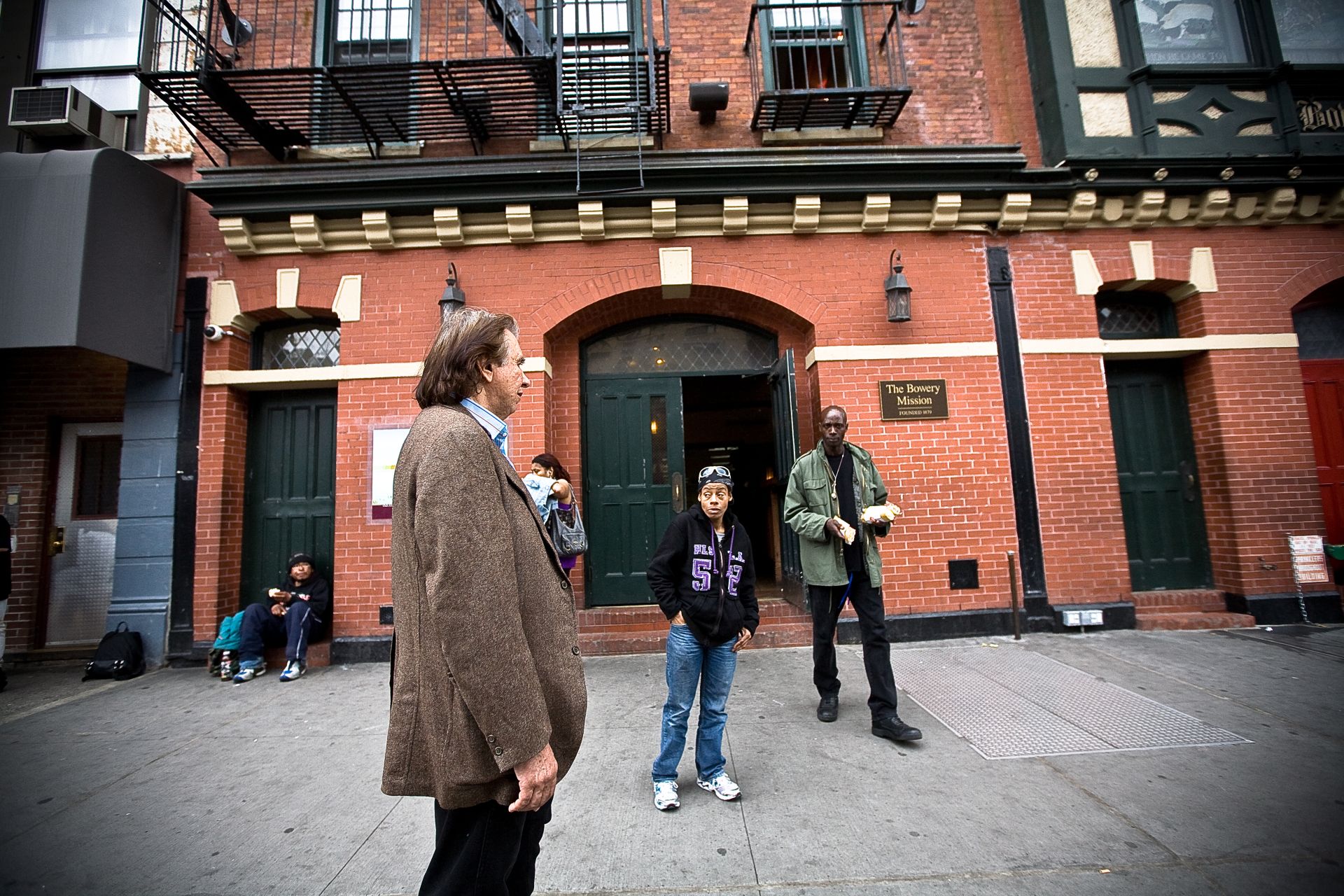 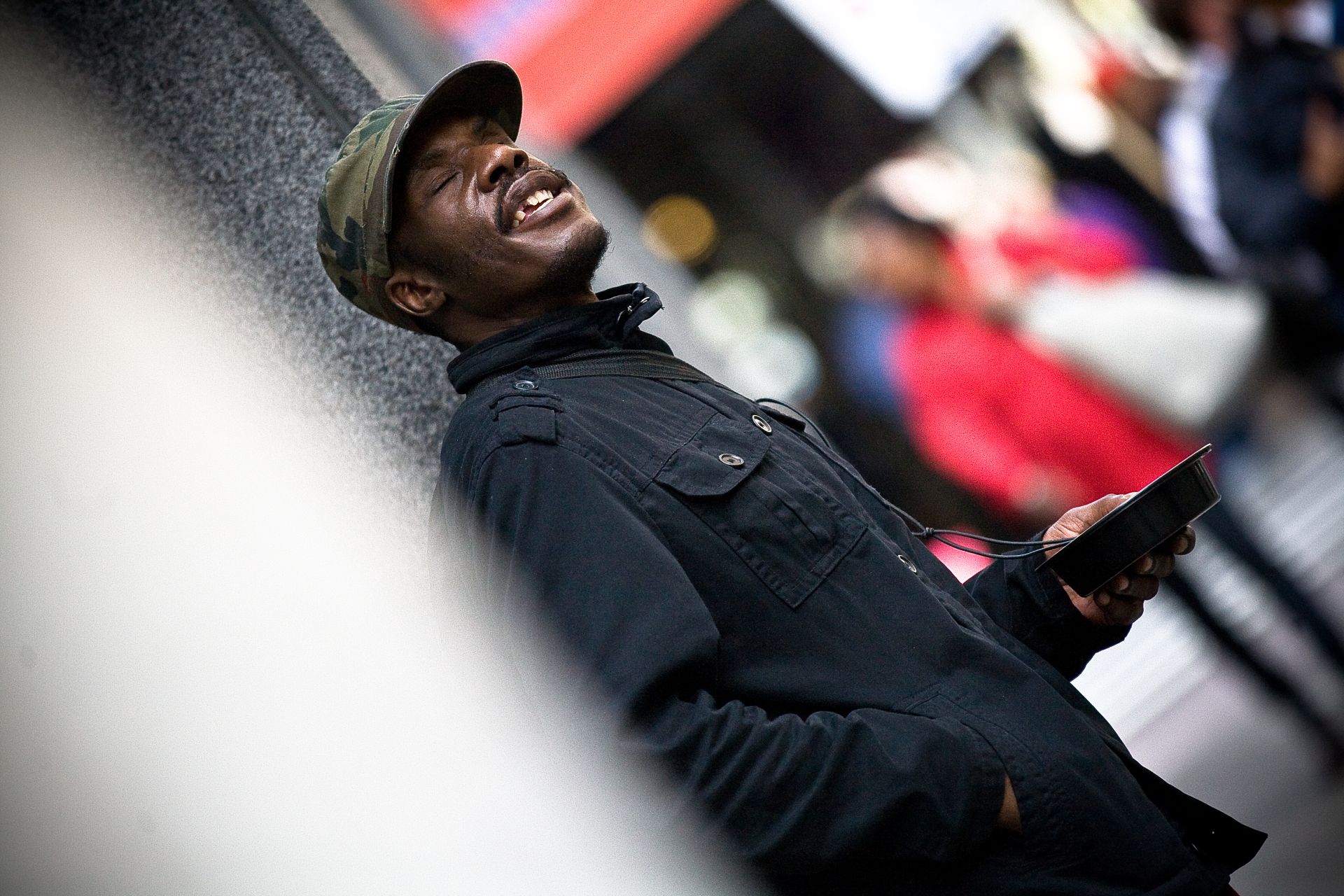 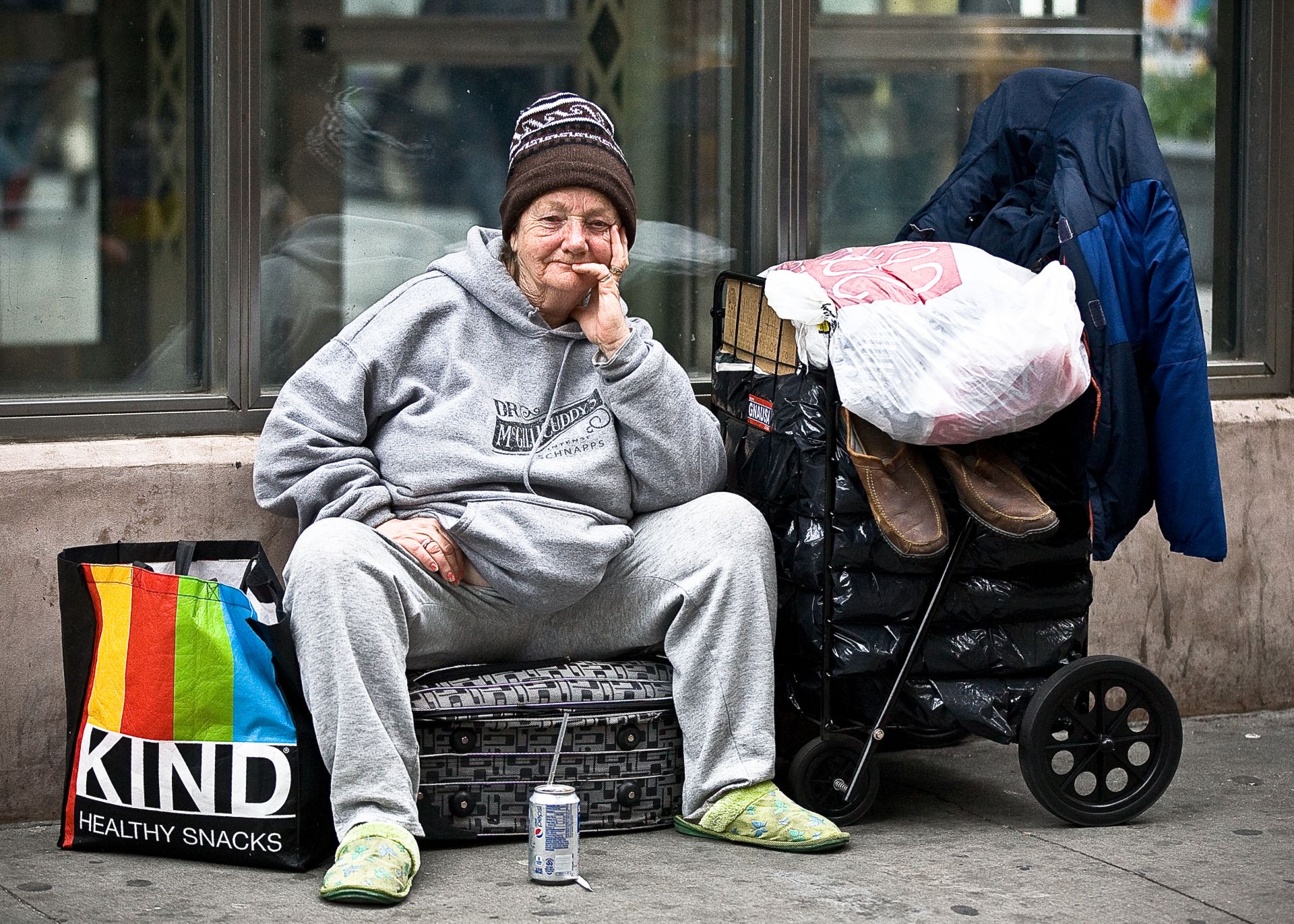 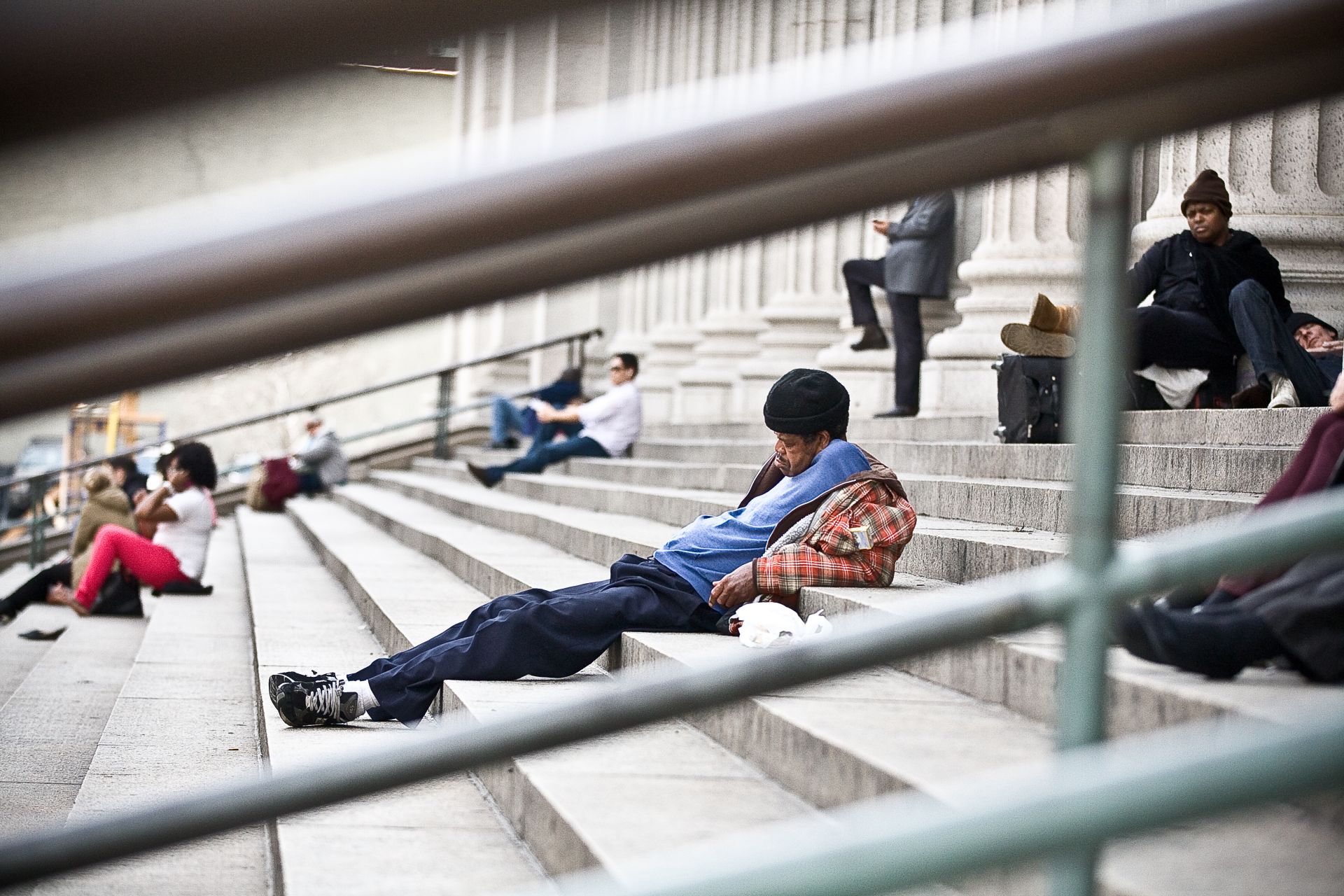 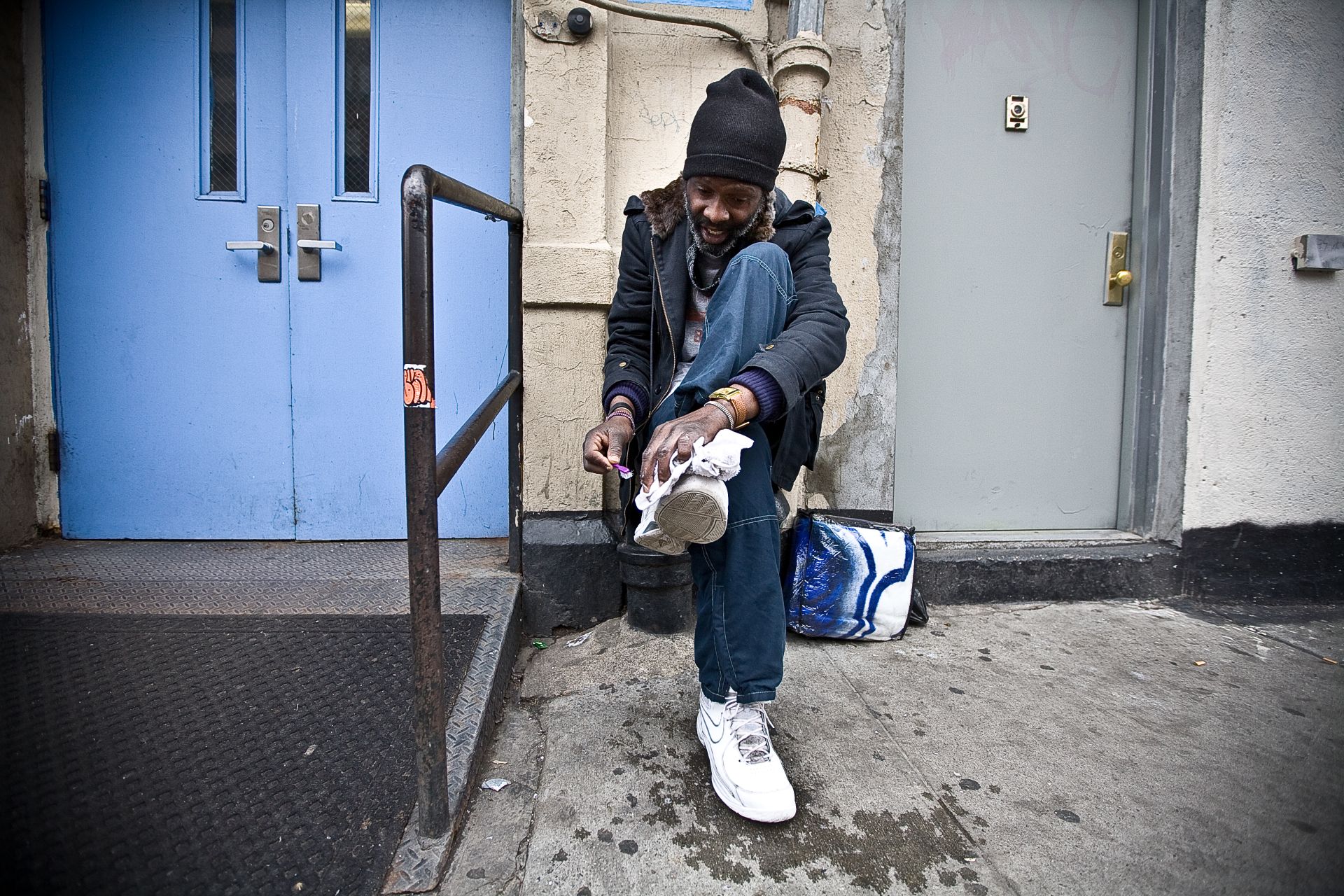 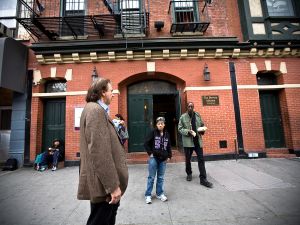 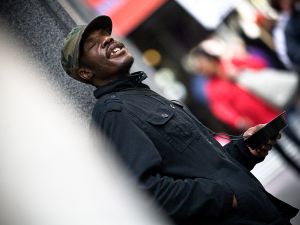 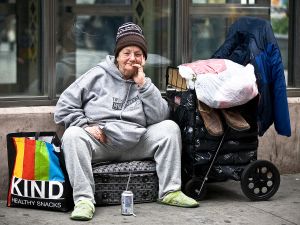 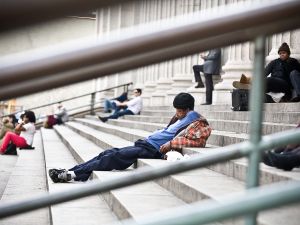 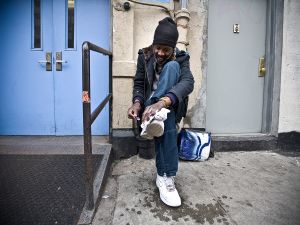 While the cover story of this week’s Observer describes the plight of homeless families, the problem is growing among individuals as well.

On the Bowery last Friday, a man who gave his name only as Jay was cleaning his white Nike sneakers with a toothbrush. He had just stayed at The Bowery Mission for the first time the night before. “I used to work at CBGBs in the day,” he said, pointing down the street to where the legendary punk venue once was, reminiscing for a minute. Things are different now.

“You can’t go to sleep nowhere. Can’t sit on a bench in a park. Can’t even have a beer—you get arrested. Everything is trespassing,” he said.

From the Bowery, we ventured uptown to 32nd Street, where we spotted a blind man with a black bowl asking people for help. “Have a blessed day,” he said to passersby. In the half hour we watched him work, only two people, a construction worker and a suit, stopped to drop a dollar.

A few blocks away, on the steps of the 34th Street post office, several other people passed the time, apparently without anywhere else to be. An elderly man crouched in a fetal position and picked at his arms, shaking uncontrollably as he focused on his efforts. His shirt said “New York.”