The octogenarian senator who has missed several votes in the upper chamber mustered the strength to head down to D.C. for Wednesday’s gun vote.  The bill went down in flames but Lautenberg at least gave it a fighting chance.

Among the Big Six state committees, Kean’s Senate Republican Majority PAC holds the highest total at $675,000 as the GOP vies to pick up seats in the Senate.

The incumbent Republican governor made number 50 on Time Magazine’s list of 100 most influential people.

The school partnered with PolitickerNJ to play host to Wednesday night’s Jersey City mayoral debate, a standing room-only event that drew more than 400 spectators.  Nicholas Chiaravalloti, executive director of the Guarini Institute for Government and Leadership, moderated the debate along with PolitickernJ Editor Darryl Isherwood.

Hours after the Rutgers President seemed to take a hard line on a severance payout for fired basketball coach Mike Rice, Rutgers signed off on a $475,000 settlement with the former coach. Barchi’s media trial by fire over the past three weeks has not helped the president’s reputation.

The executive director of the Hoboken Housing Authority cannot pursue a seat in the General Assembly while serving on the authority, a judge ruled this afternoon, short-circuiting Garcia’s bid for an Assembly seat.

The South Ward councilman never pretended to include fundraising as one of his strengths. In fact, he prides himself on not being bought. But en route to the 2014 mayoral race, he has just over $4,000 cash on hand. 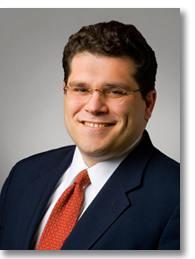