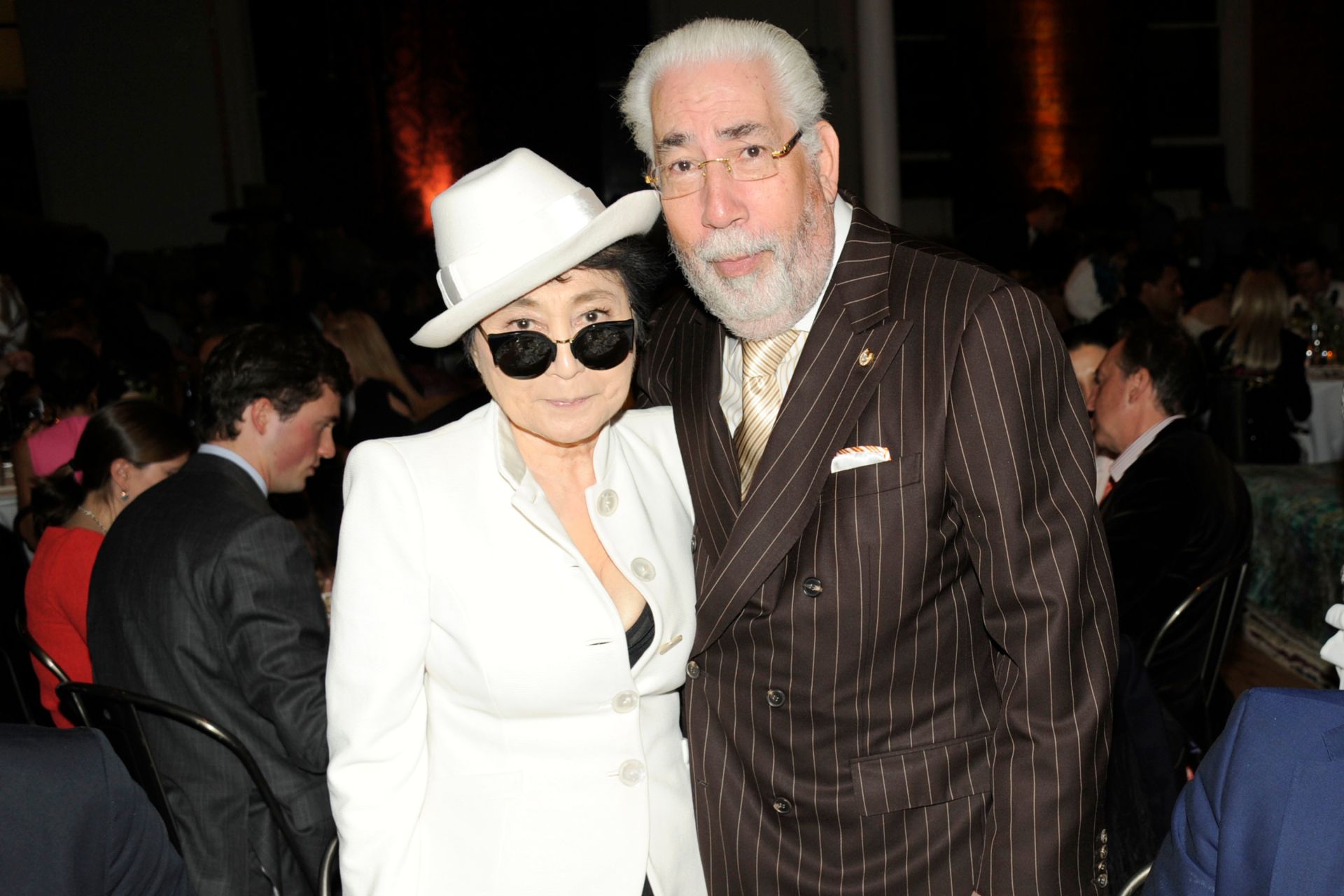 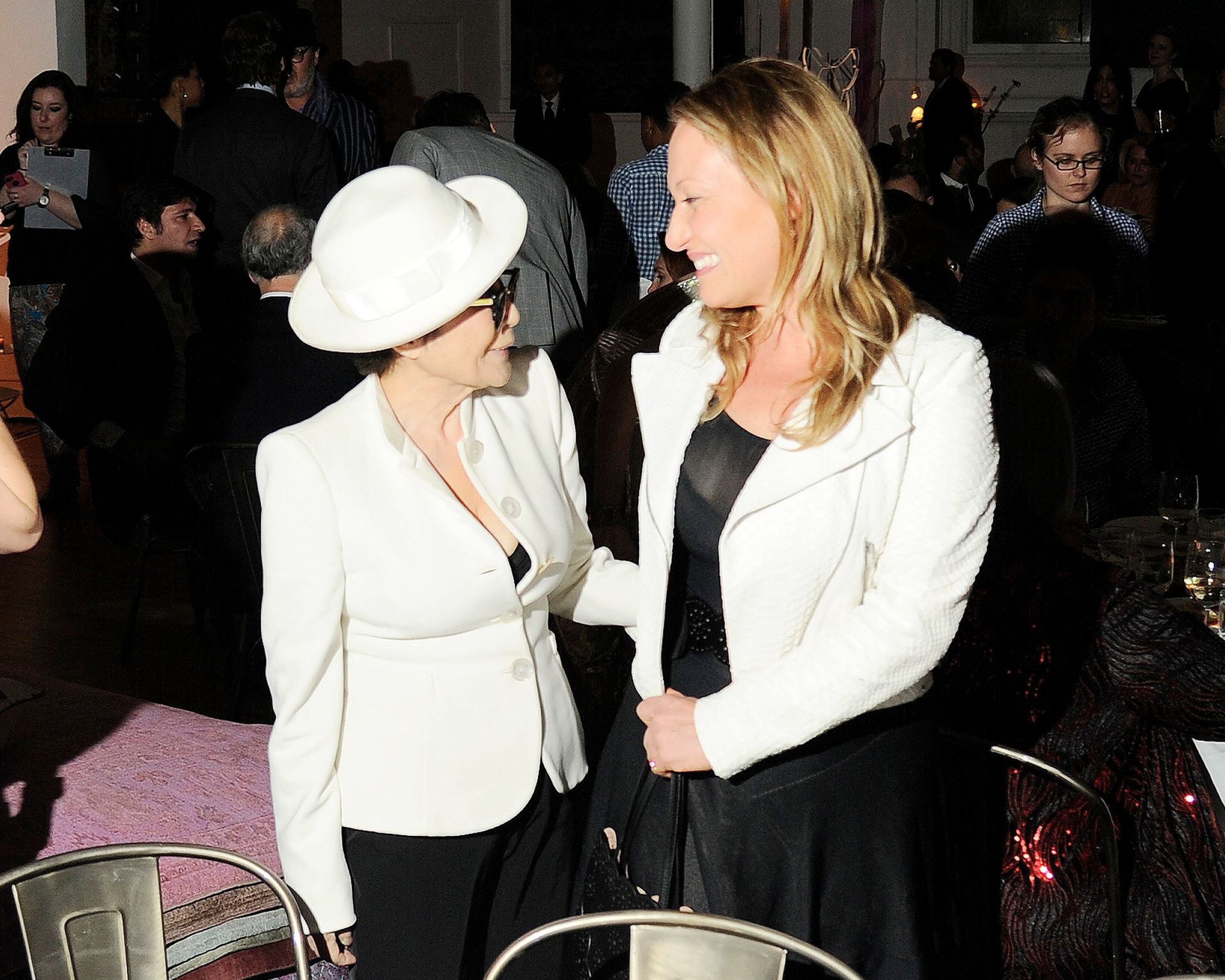 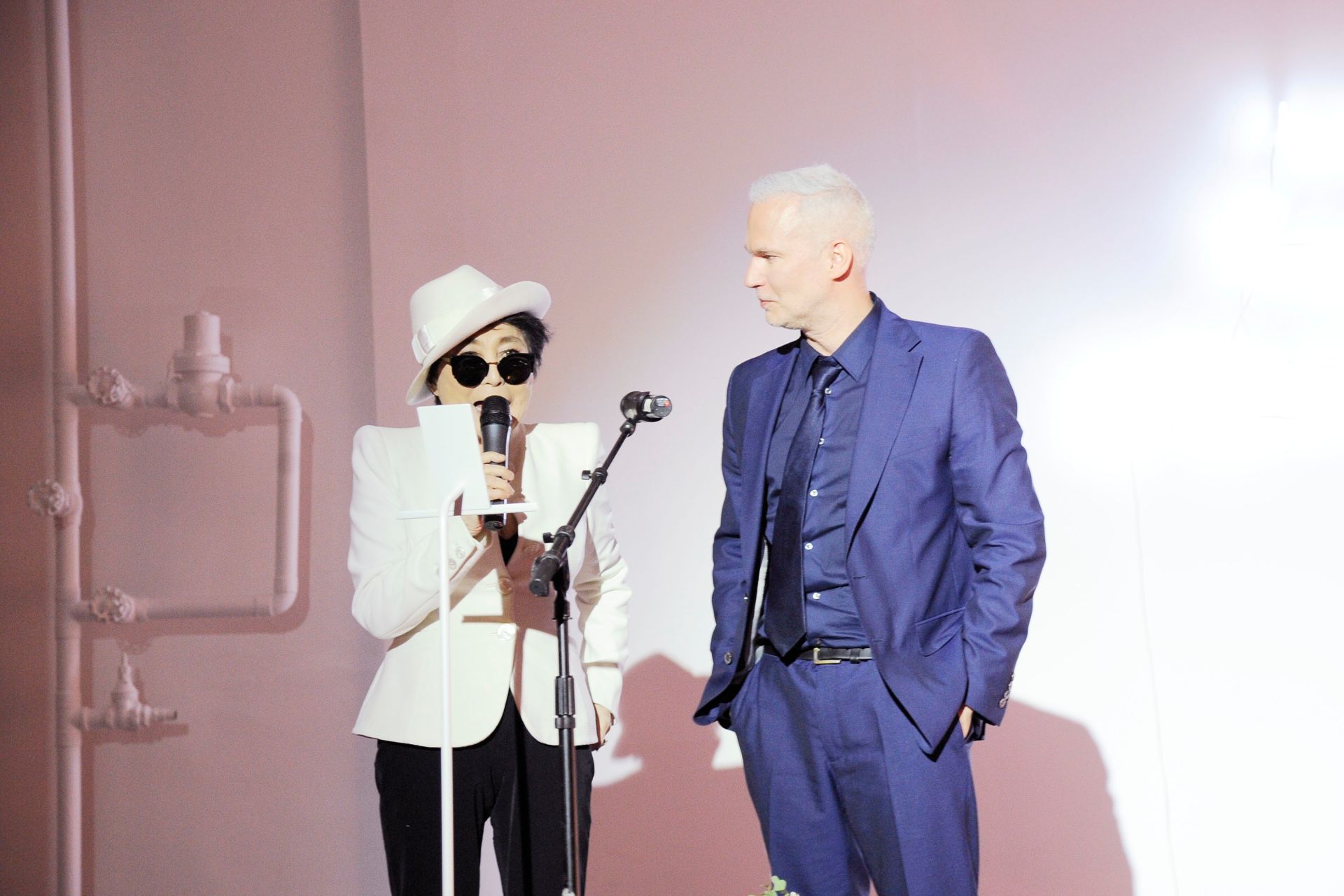 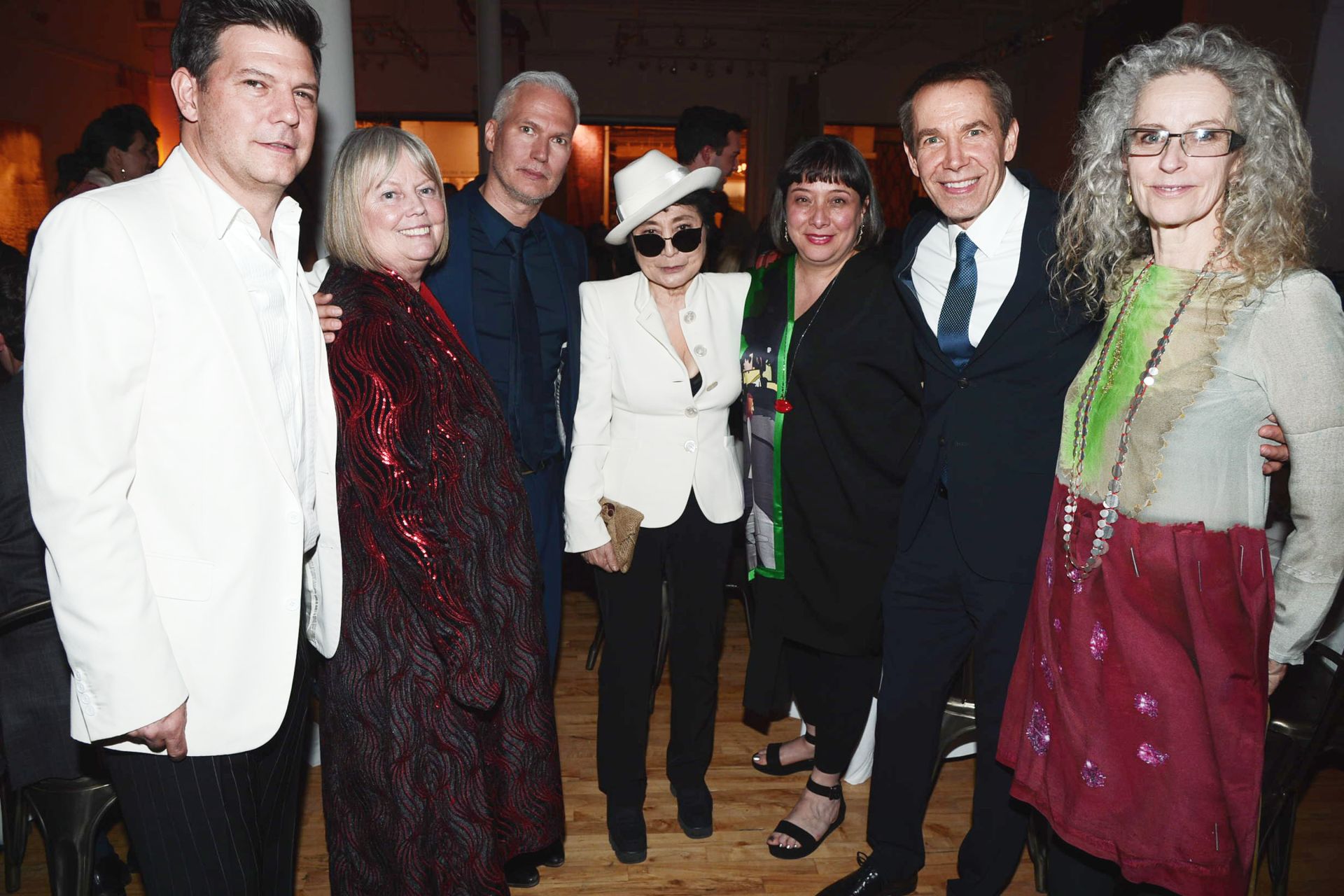 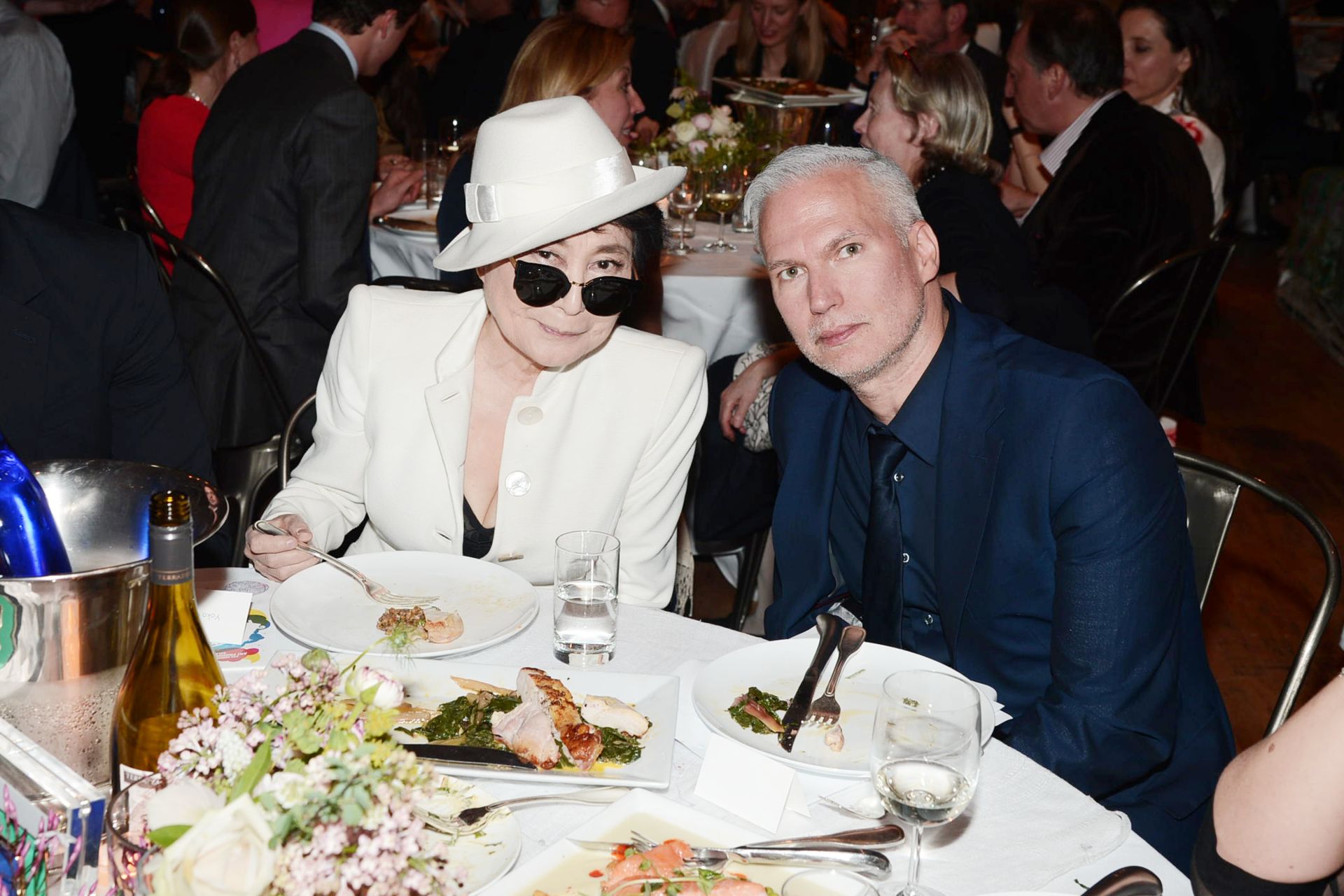 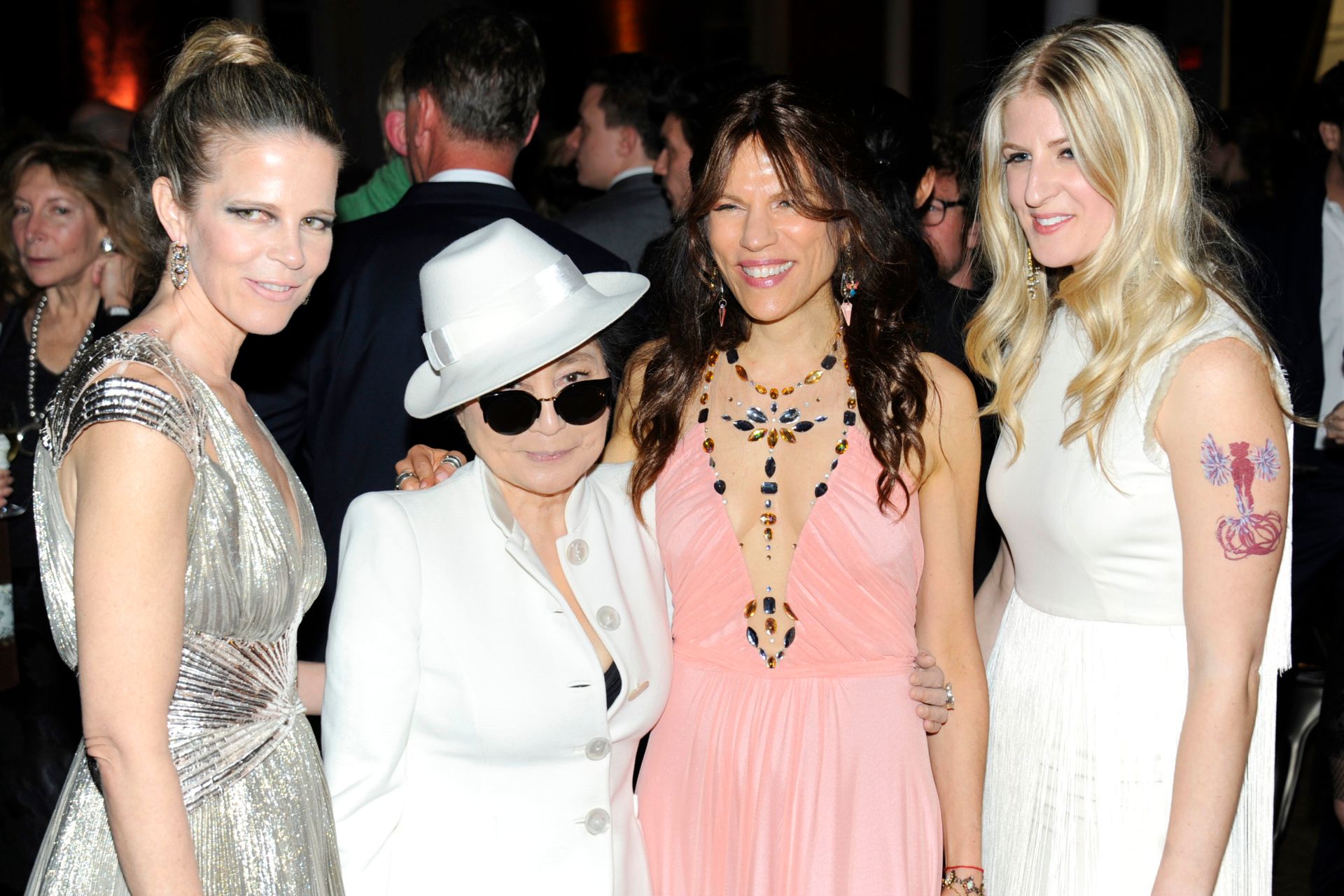 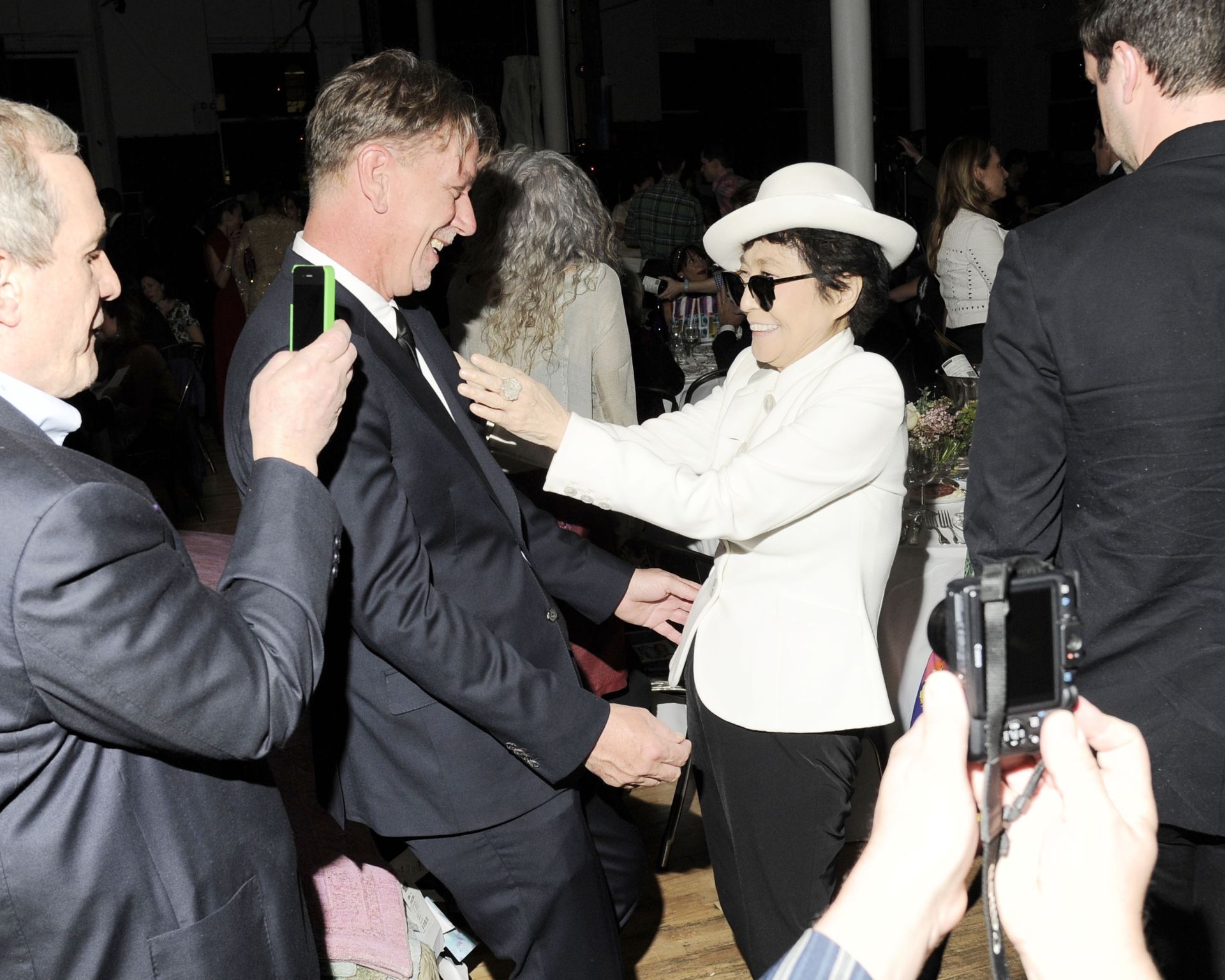 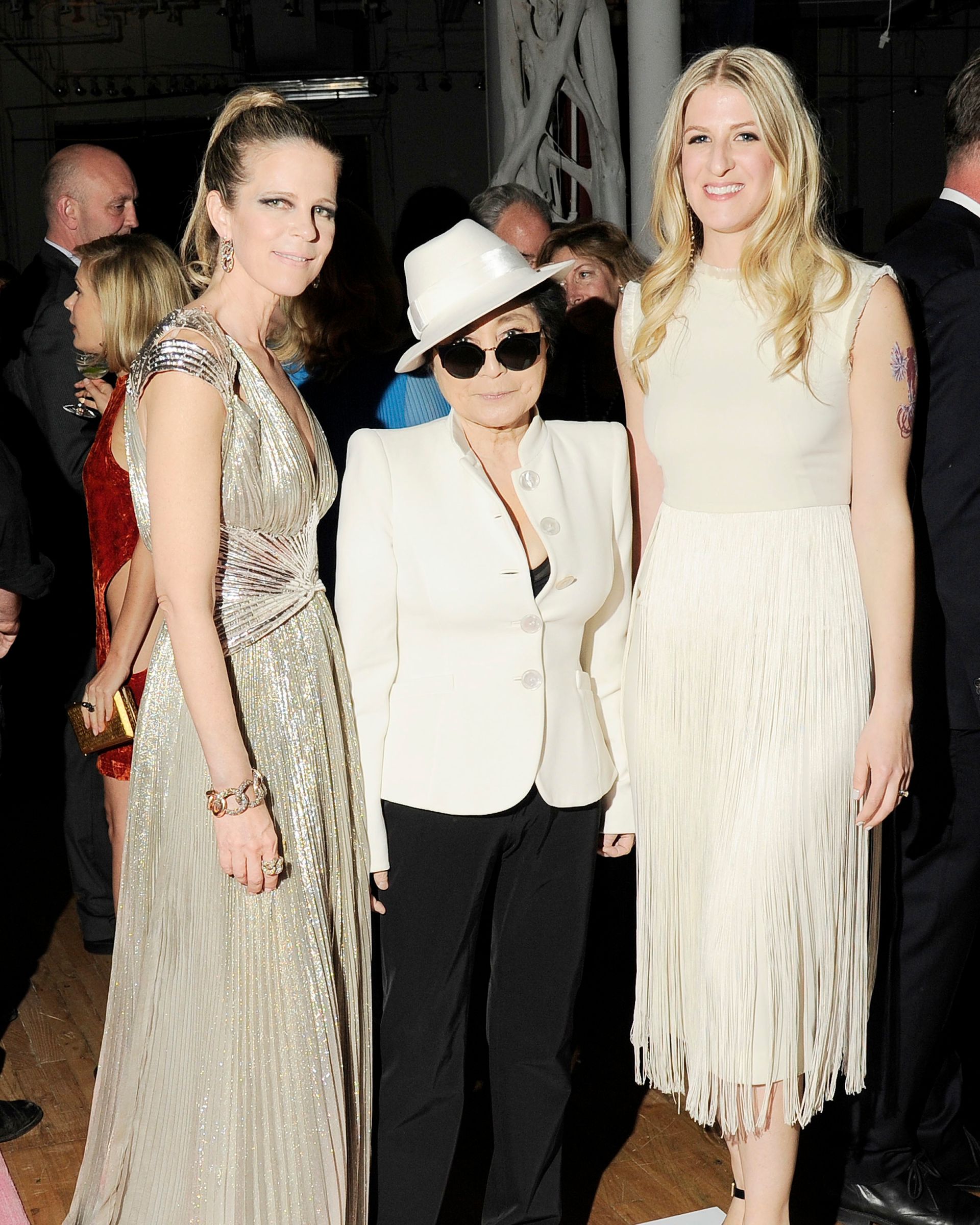 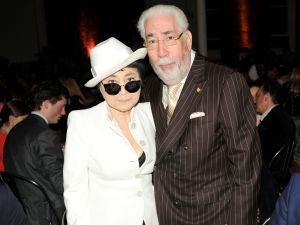 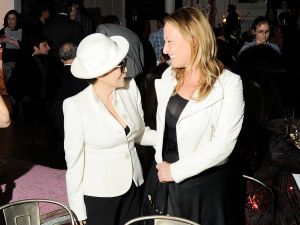 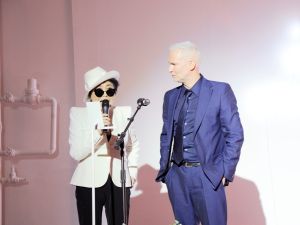 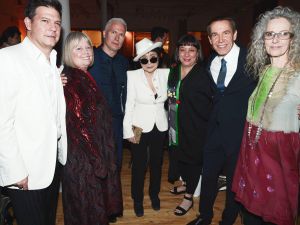 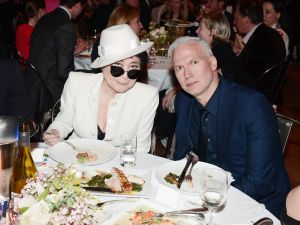 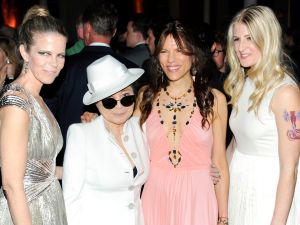 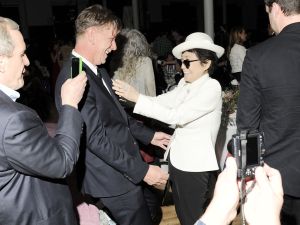 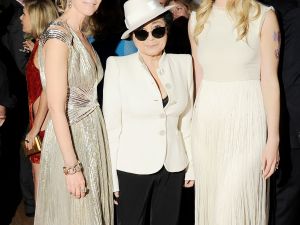 “When Yoko Ono is speaking, I want to hear a fucking pin drop, okay?” Say it, Glenn O’Brien! The impresario, writer and all-around man about town was speaking last week at ABC Carpet & Home–yes, ABC Carpet & Home–where Art Production Fund was holding its annual spring gala, this time honoring Yoko Ono and Richard Pandiscio. The dress code was “Dreamy” and the acoustics were unfortunate–ABC is cavernous and your chances of hearing a pin drop, even in the absence of general chatter and clinking glasses and silverware, are little to none. Plus, who ever heard of hearing a pin drop on a carpet? (The place did have its advantages: by the end of the night, clusters of people danced on piles of rugs.)

By the time Mr. O’Brien issued his harshly worded admonition it was, of course, too late. Yoko Ono and MoMA PS1 director Klaus Biesenbach had already spoken, together, to the crowd of revelers. And though, yes, it was loud, they seem to have gotten their message across. Mr. Biesenbach attested to reading Ms. Ono’s Twitter feed “religiously,” and said her tweets were more interesting than those of The New York Times. He recounted the time she came to East Berlin before the wall came down, and then Ms. Ono recounted the time she came to East Berlin. “When I went to Berlin [people said to me], ‘Don’t go to East Berlin–you don’t want to do anything dangerous.’ So I thought, ‘Oh, then I will go.'”

The spirit of Ms. Ono’s East Berlin trip is, let it be said, entirely in keeping with the word that is perhaps most associated with her: Yes. One of her most famous conceptual artworks, from 1966–the one that was on display in a gallery when she met John Lennon–required the viewer to climb a ladder and use a magnifying glass to read the word “Yes,” which she’d scribbled on the ceiling. A traveling museum exhibition of her work in 2001 was called “Yes Yoko Ono.” (The much-hyped Urs Fischer gala at the Museum of Contemporary Art in Los Angeles, which took place a few days after Art Production Fund’s, was entitled “YESSSSS!” and probably owes at least a little something to Ms. Ono.)

In any event, here–to make up for those bad acoustics and all those clinking glasses and chatter during Mr. Biesenbach and Ms. Ono’s onstage dialogue–is an all-Yoko Ono slide show from the gala.