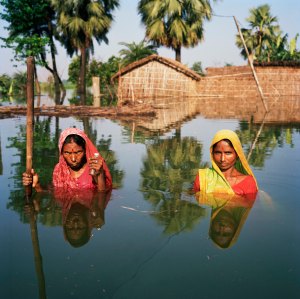 If you have even a passing interest in photography or just contemporary visual culture generally, you must see the International Center of Photography’s fourth triennial. In the course of just 40 years, photography has gone from being a virtual nonentity in the art world to its richest medium, the subject of thrilling technological shifts and experimentation. Organized by ICP curators Joanna Lehan, Kristen Lubben, Christopher Phillips and Carol Squiers, the Triennial, “A Different Kind of Order,” tracks these innovations up to the present moment, offering a tightly edited selection of work by 28 artists.

Much of the best, most deeply unsettling work is in the more traditional photographic vein, engaging the medium’s unique tie to the real world and its documentary tradition. London-based Gideon Mendel shoots photos and short videos of people standing in floodwaters in places like Thailand, India, Nigeria and the U.S., often long after the storms have passed. Many look resolute, though you may still cringe, as I did, with the memories of Sandy (a comparably manageable situation) fresh in mind. Each photo is a harbinger of future meteorological horrors.

New York artist Trevor Paglen snaps gorgeous skies that harbor tiny drones. He’s also intercepted the video feed of one plane, offering a clandestine look at today’s most advanced, disembodied and deadly form of vision. Its camera pans past its wing and zooms in on a moving tractor, though the missile strike you wait for never comes—the drone was on a training run over the Western U.S. 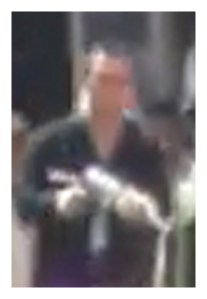 In Swiss artist Thomas Hirschhorn’s video Touching Reality, a hand flips through gruesome photos on an iPad, occasionally stopping or jumping back to zoom in on bodies mutilated by bombs and bullets. Watching it was maybe the roughest four minutes I’ve had with art.

The iPad is also a raw material for the young L.A. artist Andrea Longacre-White. She photographed ICP’s galleries, pulled up images on her tablet, and placed it on a flatbed scanner. As the scanner heated it, the iPad thought it was being touched and began popping up other windows. Her prints of the resulting scans are gorgeous abstractions realized through glitches and chance.

Also trafficking in painterly pleasure is Elliott Hundley, whose gargantuan contribution is a collage, a dense network of cut-out images based on Euripides’s 5th-century BC play The Bacchae.

Not everything stuns. Wangechi Mutu’s small, delicate collages of bodies and objects never quite cohere, falling short of her best work. Mishka Henner’s Google Earth photos of Dutch military sites obscured by government-sanctioned geometric abstraction amount to outdated curiosities—interesting, but old, news. Huma Bhabha’s drawings of skeletal figures on photos of ruins pale in comparison to her otherworldly sculptures. Michael Schmelling’s images of people helping compulsive hoarders clean don’t have much to say, though they do make you wonder how digital hoarders—and that would be just about all of us—should combat their affliction.

Particularly strong work comes at photography from oblique angles or leads it off into unexpected places. The tone of this work varies widely. It’s sensual and melancholy in the case of Sam Falls’s beautiful dyed and battered fabric works, which he wrapped around rocks in California’s Joshua Tree National Park, the sun and rain making the images over the course of months. It’s politically incisive and tragic in the blurred images that Rabih Mroué sources from cameras that may have belonged to people shot in Syrian violence. It’s wry in photos that Luis Molina-Pantin takes of Colombian drug dealers’ architectural follies, like a car dealership crowned with a miniature replica of the U.S. Capitol. 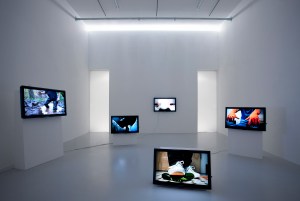 A. K. Burns’s five videos deliver multivalent strangeness. One shows the artist’s feet slowly stomping on carrots, a cucumber and eggs. In another she’s driving a car barefoot. In a third, she’s blowing up and groping a huge white balloon. These are takeoffs on a subgenre of fetish film flourishing on YouTube, the ostensibly banal content eluding the service’s censors. Watch for a bit, though, and an arcane erotica reveals itself. These videos are thrillingly odd, and pretty funny. Will the balloon pop, etc.? Sui generis productions, they ask how the form and context of images can prime viewers and shape consumption.

ICP has also assembled recent photobooks by a wide variety of artists on a temporary scaffolding extension in the airy center of the museum (an inexpensive, ingenious use of its limited space that other museums should adopt). These books, many of them handsomely designed limited edition, are enjoying a golden era. Like much of what is on view in the show, they’re bulwarks against the undifferentiated flow of images with which we are confronted every day. (Through Sept. 8, 2013) 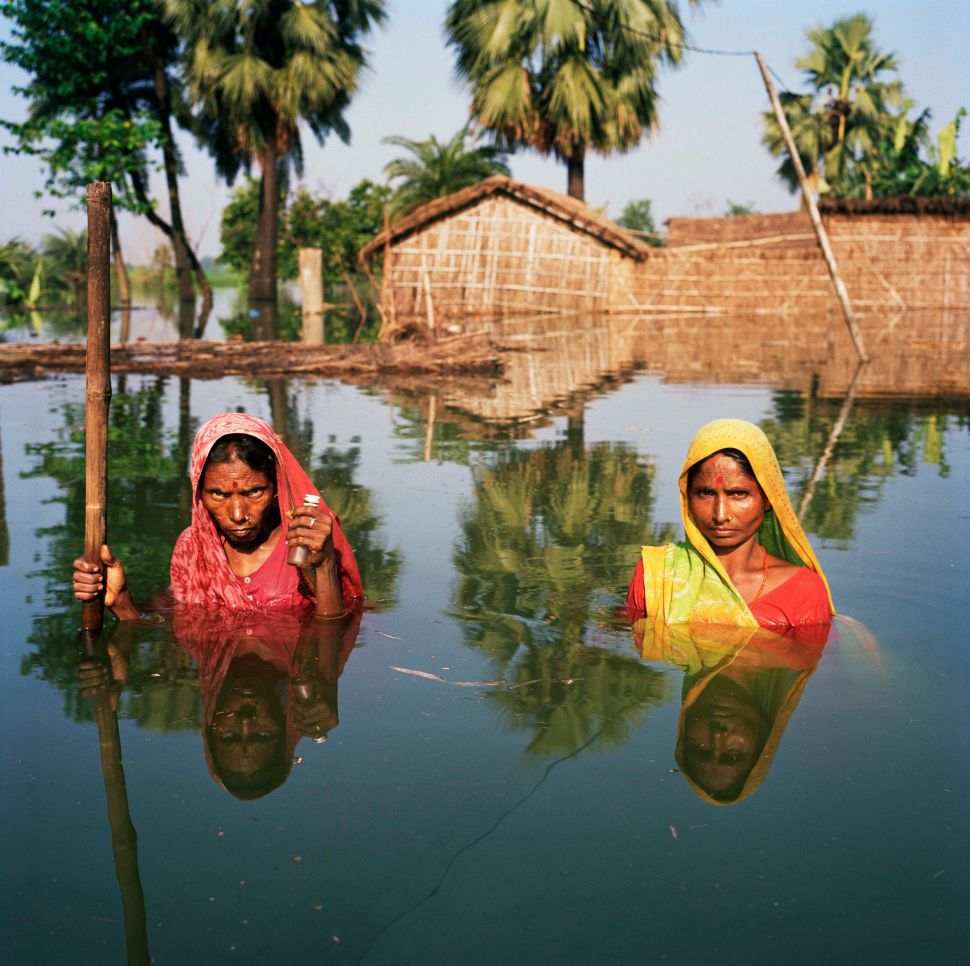