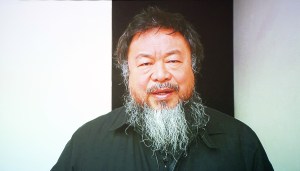 The New York Times reports that the artist and political activist Ai Weiwei was walking to meet his mother at a restaurant on Mother’s Day when he encountered a fight on Ghost Street in Beijing.

He filmed it. The resulting video was violent, and popular. Read more here.