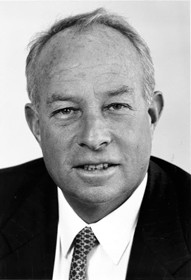 The National Gallery of Art, in Washington, D.C, announced today that New York–based collector Andrew M. Saul has joined its board of trustees. Mr. Saul, who previously served on the museum’s Trustees’ Council from 2006 to 2010 and in 2012, is a general partner at the investment firm Saul Partners, L.P., and served as vice chairman of New York’s Metropolitan Transportation Authority from 2006 to 2013. (Thanks to Tyler Green for pointing us to the news.)

Each of the five elected members of the NGA’s nine-person board serves a 10-year term. Mr. Saul will take his seat when the board meets in September. He will replace John Wilmerding, whose term has concluded. The board as it stands now follows: