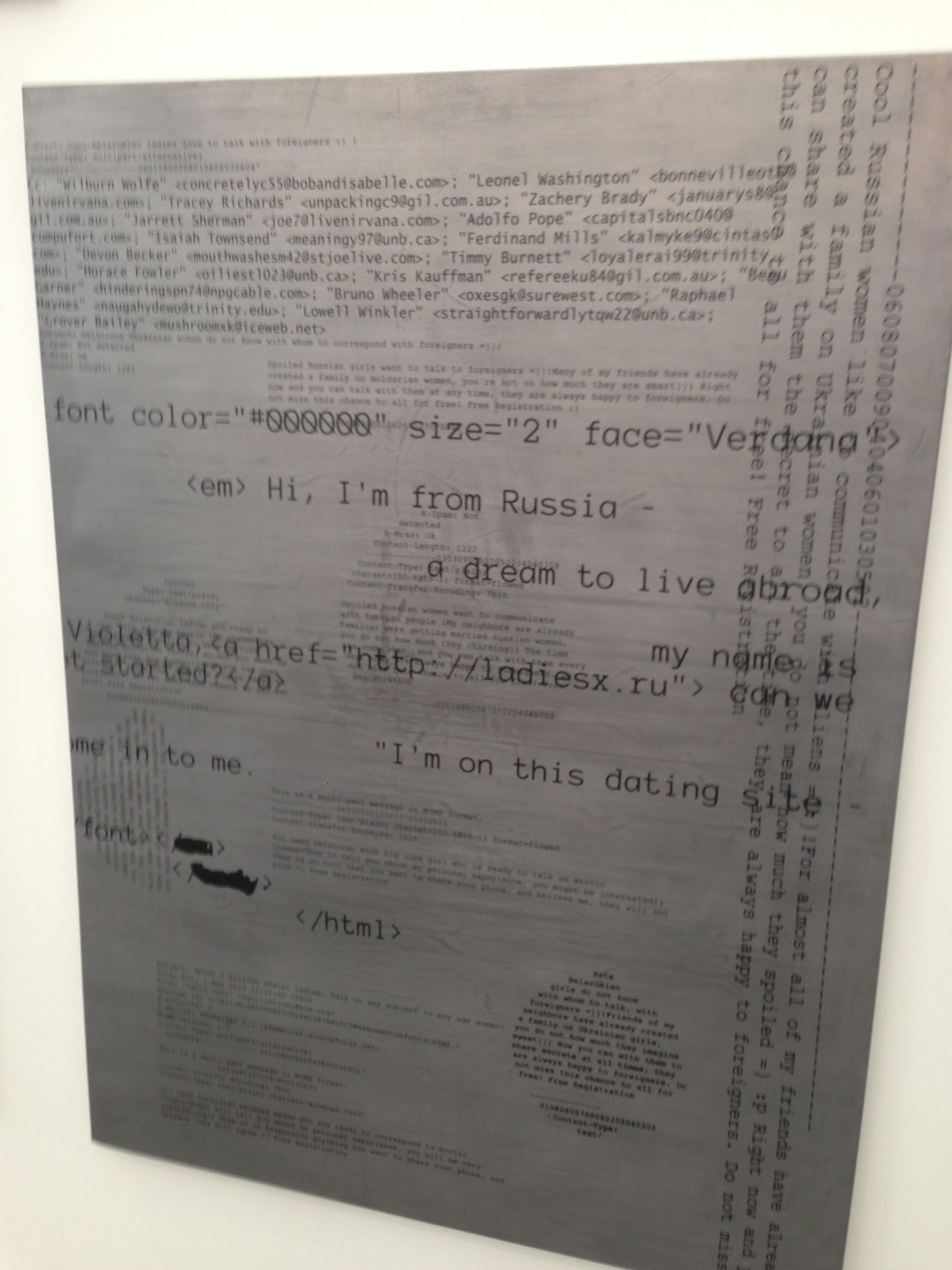 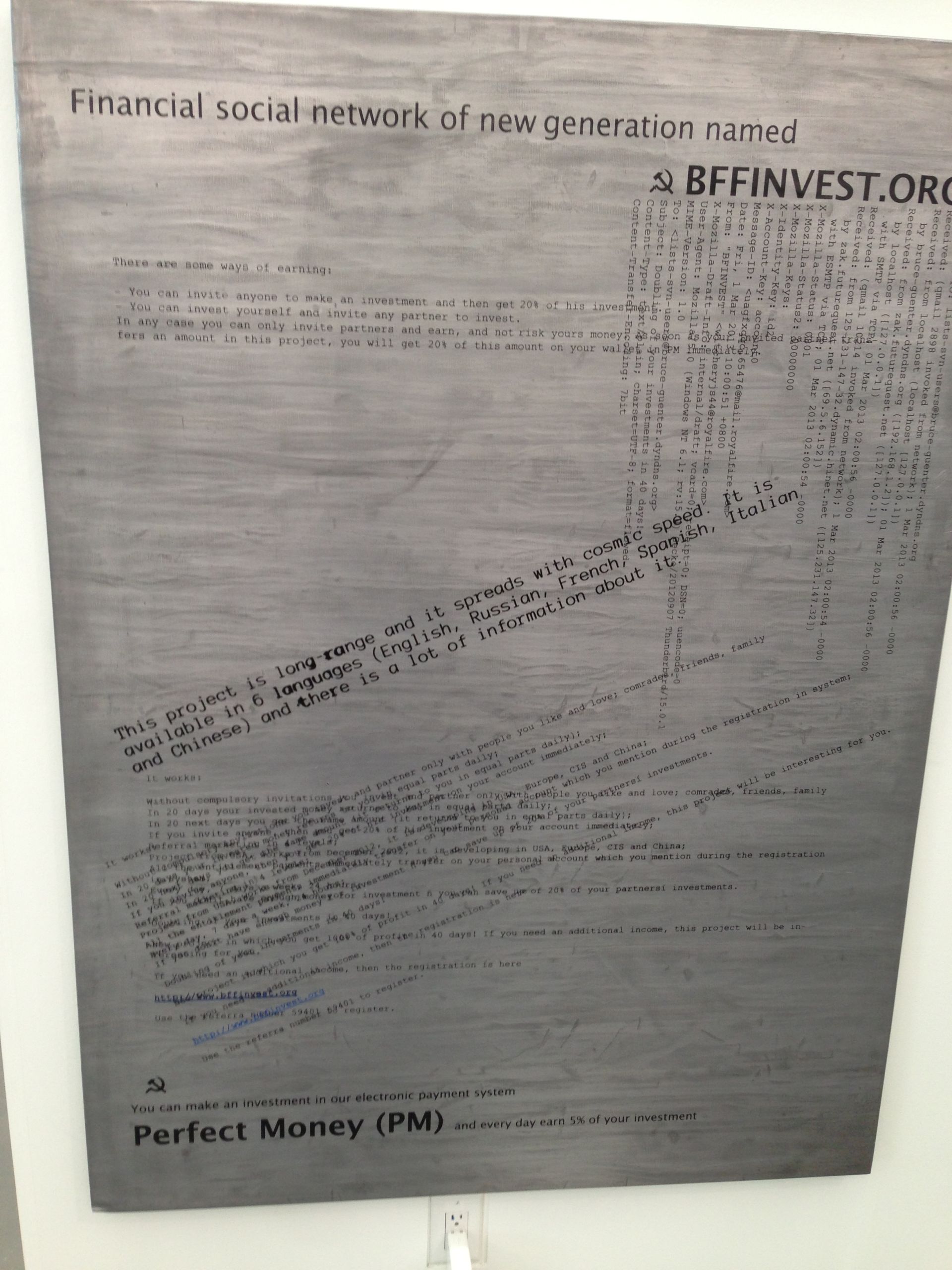 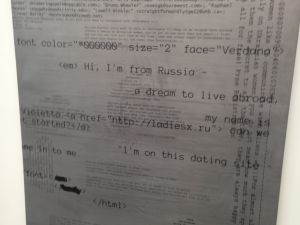 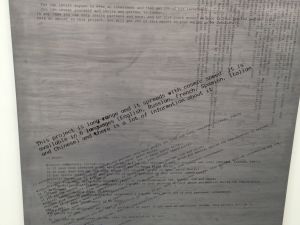 So if we’re talking about things that we liked at Frieze I have to point out the Real Fine Arts booth in the Frame section of the fair, which features the work of Antek Walczak.

The booth is filled with huge panels of lead, onto which the artist has silk-screened the texts of spam emails, which means you have floating blocks in that uncanny non-language the robots who write it speak.

“There are some ways of earning:

“In any case you can only invite partners and earn, and not risk yours money…”

The lines warp and are layered onto each other, further hindering legibility. Each has a theme of sorts: girls, drugs, war, I’m-a-millionaire-dying-of-cancer-and-want-to-bequeath-you-everything (that one’s dark). Symbols float around the edges. One piece has lettering in the language of the Decepticons from Transformers.

Mr. Walczak harvests the spam from a number of e-mail accounts he’s set up for this purpose. “He’s really become a collector and a connoisseur of it,” said Tyler Dobson, co-director of Real Fine Arts.

In an earlier piece, Mr. Walczak deconstructed the lyrics of Jay-Z’s “Empire State of Mind” using a Lempel–Ziv–Welch‎ algorithm.