Anthony Weiner speaking on the Upper West Side.

Ex-Congressman Anthony Weiner was met with a media circus Thursday as he hit the campaign trail. Except, that is, when he didn’t tell the press where he was going.

After being trailed by dozens of reporters, photographers and cameramen who interfered with his attempts to interact with voters and then caused a scene at his first publicized forum, Mr. Weiner decided to ditch his entourage, making at least one covert stop.

Mr. Weiner reportedly spoke to the group for about five minutes, mentioning his appearance in Riverdale earlier in the evening, and eagerly talking about his ideas, particularly on the subject of healthcare. Like the earlier speech, he said he realized he’d made mistakes, but that, even if audience members felt they couldn’t vote for him, he hoped they would consider his ideas.

As in the Bronx, the response was generally positive, according to two attendees, who said that many members followed Mr. Weiner out into hall to ask him questions after the speech.

It was unclear whether it was Mr. Weiner’s only unannounced appearance of the day or why he chose the club, but in Mr. Weiner’s introduction, District Leader Cory Haber mentioned that her parents lived in Belle Harbor, Queens, part of the ex-congressman’s old district.

Mr. Weiner has already been accused of launching his official bid in the middle of the night specifically to skirt tabloid deadlines and prevent them from running more embarrassing Weiner puns on their front pages.

Mr. Weiner’s spokeswoman did not respond to a request for comment about the stop or whether he’d made any others.

And, in case you’re curious, Debra Cooper, who is running to fill the 6th District seat currently held by City Councilwoman Gale Brewer, was endorsed by Ansonia, with 87 percent of the vote.

In a statement, Mr. Weiner’s spokeswoman said the candidate intends to make frequent unannounced stops throughout the campaign on the fly.

“If you’ve ever seen Anthony campaign, you know that no gathering of 3 or more is ever safe from him dropping in to chat about ideas,” she said. “Adding stops to his day on the fly will be the rule rather than the exception during this campaign.” 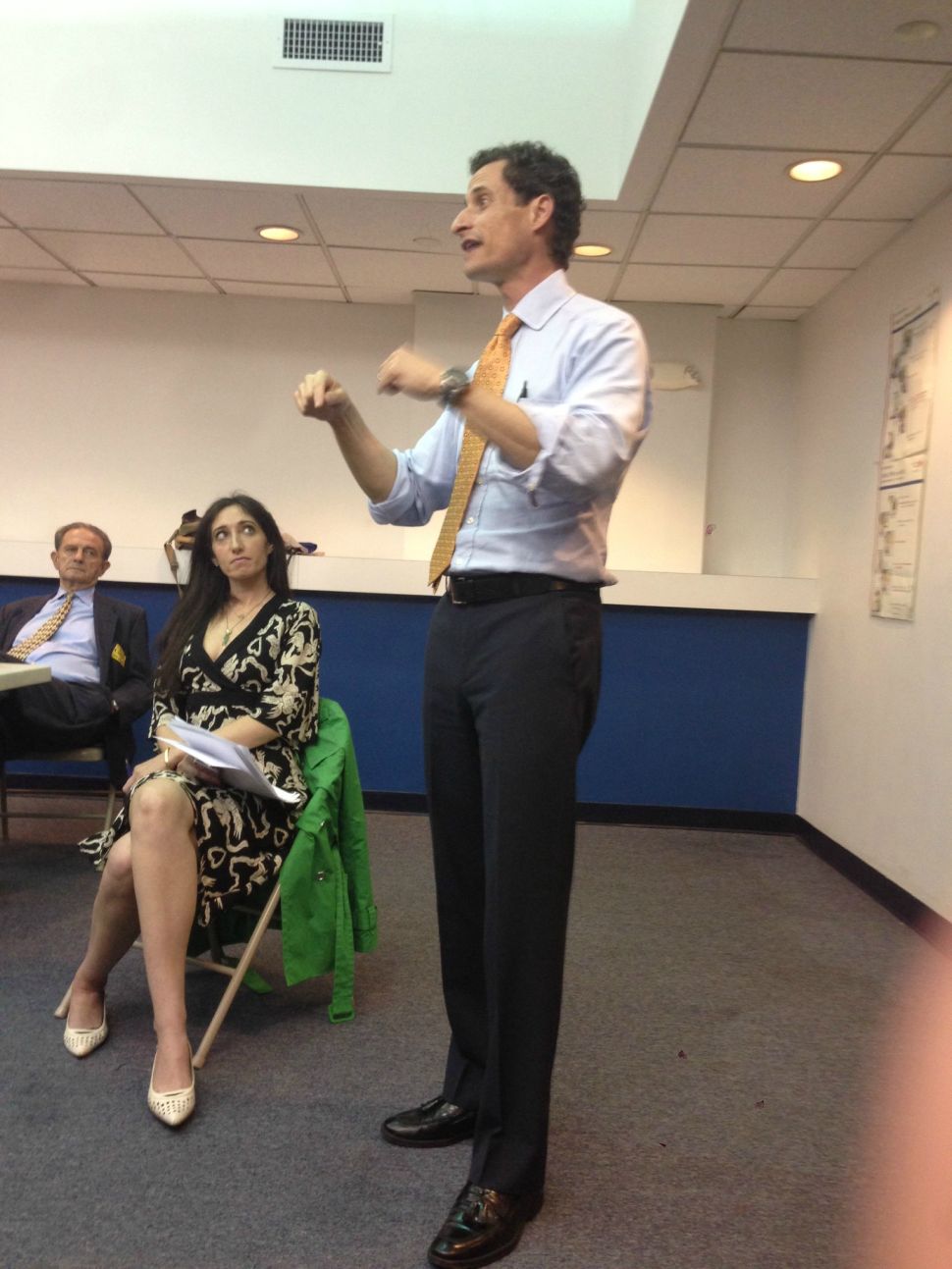