There’s a new YouTube sensation that’s making the social media rounds, and it’s out of this world—literally.

Canadian astronaut Chris Hadfield marked the end of his stay aboard the International Space Station with a captivating music video that’s now gone viral. While listening to Mr. Hadfield’s cover of David Bowie’s “Space Oddity,” viewers may watch as the mustachioed astronaut and his guitar float around the space station, while the view of a far-off Earth forms an entrancing backdrop.

The video was posted to YouTube yesterday; The Soyuz spacecraft that contains Mr. Hadfield and two other astronauts is expected to land at 10:30 tonight in Kazakhstan. Since its posting, the video has already racked up 1.5 million views.

This isn’t the first time that Mr. Hadfield has connected with earthlings over social media. The astronaut is a prolific tweeter, with over 834,000 Twitter followers.

Supporters of the space program hope that connections between astronauts and their earthly followers will help redirect people’s focus back to space exploration. “It all boils down to generating interest,” Mr. Hadfield’s son and social media manager Evan told the Canadian Broadcasting Corporation. “You want people to be interested in the space program.” That’s especially important for Canada, whose space program has been hit with budget cuts in recent years.

Plus, videos like Mr. Hadfield’s could help generate kids’ interest in space-related careers; we can’t help but think that since the 1960s and 70s, kids’ career aspirations have pushed “astronaut” aside in favor of “professional app designer” or “star of reality TV dating show”.

This Canadian may be a little biased, but we’re certain that whatever the outcome, the “Space Oddity” video has officially made Chris Hadfield the most stellar astronaut ever. 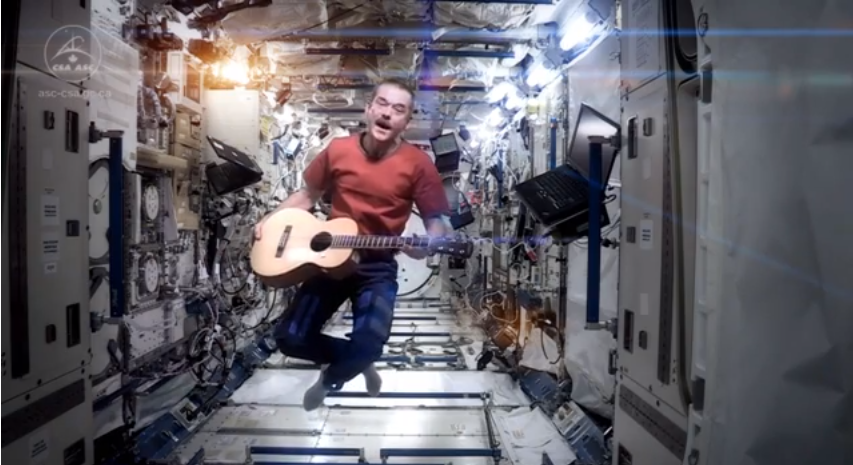