Heading into Atlantic City for their annual convention, Democrats are turning to veteran Passaic County Democratic Chairman John Currie to help broker a way forward for a badly mangled party.

As the state party committee scrambles to get members engaged, Currie is prepared to sit down tonight with state Senate President Steve Sweeney (D-3) to discuss the next state party chair.

Assemblyman John Wisniewski is leaving the post in June, and multiple party leaders say state Sen. Barbara Buono (D-18) should have her own choice, as is customary for the Democratic gubernatorial nominee. In this case, the party chair will have to assume the captaincy of a party seemingly snakebit by Buono’s opponent, incumbent Republican Gov. Chris Christie, and bunkered down in legislative districts where what’s good for South Jersey might not be what’s best for North Jersey.

Tomorrow, after discussing the state chair situation with Sweeney, Currie will dine with Buono to consider the same topic.

But the long-serving Currie won’t fade as a favorite party alternative, particularly in light of recent political events, according to multiple Democratic sources in both North and South Jersey.

Loyal to Buono, O’Donnell carries the weight of an intra-party feud with Speaker Sheila Oliver (D-34), who’s been helpful early to the Buono cause. Oliver doesn’t rule out O’Donnell, but she wants him to kiss the ring before she offers her full support to one of the members of an unsuccessful 2011 insurrection against her speakership. O’Donnell has yet to reach out to her, and Sweeney – who differed with O’Donnell on the critical issue of public worker pension overhaul – fears the Bayonne firefighter could divide the party.

O’Donnell’s allies say he offers critical virtues: above average oratorical skills, organizational savvy, street smarts, fundraising prowess, a compelling narrative as a firefighter, former tavern owner, husband of a teacher and family man, ideological fervor, and – most importantly – Buono’s trust at a time when the party is mauled.

But he has enemies, mostly as a consequence of his association with former Assembly Majority Leader Joe Cryan, who tried to buck Oliver and broke sharply from Sweeney on pen/ben.

For his part, Currie does not conjure up images of the backroom wrangling that wobbled – but didn’t topple – Oliver.

Currie, in fact, is close to Oliver, whose district includes Clifton in Passaic County. And he has good ties to South Jersey right now, in part a carryover from the South’s support for Currie’s congressional candidate in last year’s epic CD 9 Democratic Primary, U.S. Rep. Bill Pascrell.

He also likes O’Donnell, for that matter.

He has no deep-set enemies in the party, and yet has the veteran texture in his voice and goodwill gravitas to be able to get on the phone with Newark Mayor Cory Booker, for example, say be there, and immediately expect attendance.

He hears the calls for his presence.

But the Passaic County chairman said he stands by Buono and whoever publicly materializes as her choice. Currie just wants peace in the kingdom, and will do whatever he can do to help Sweeney and Buono reach an agreement about party leadership.

Ultimately, he supports Buono on this question. 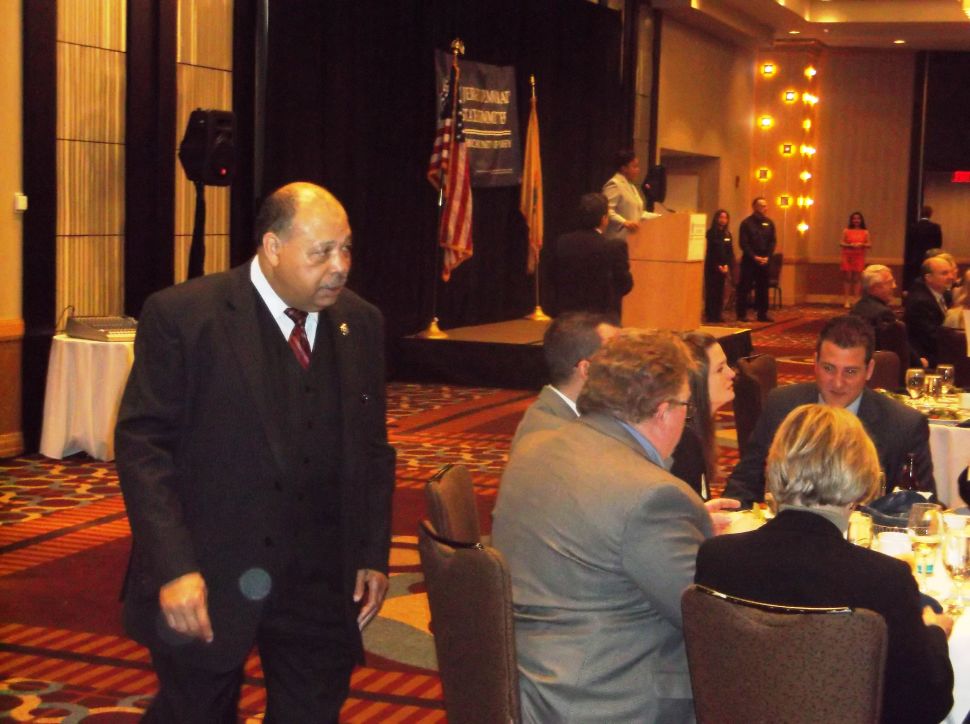