Two Bedford-Stuyvesant residents have launched an Indiegogo campaign to raise funds for a community grocery store in their neighborhood.

The duo, Dylan Ricards and Sheila Akbar, are but two of the many tattooed, bespectacled and nubby-sweatered Gen Y-ers to migrate to the once-impoverished neighborhood that famously gave rise to rappers Jay-Z and Notorious B.I.G.  The nabe is now one of the most recent centers of Brooklyn’s growing hipster renaissance. Minor sleuthing reveals that Mr. Ricards is the guitarist and vocalist for a two-man indie rock outfit.

“There are plenty of bodegas and a couple of larger chain supermarkets in the area, but they don’t offer a lot of variety and certainly nothing of any quality when it comes to meat or fish,” Ms. Akbar says in the video.

The camera pans over unappetizing packages of meat and half-empty freezers.

“Our goal is to keep prices affordable both to the existing community, people who have been here twenty years or more, and to all the new people who are coming into the neighborhood,” she says. “We’re going to hire from within the community and feature artists and chefs who are right here in Bed-Stuy.”

As The Boston Globe recently noted, “At night, you’ll see 20-somethings in red lipstick and thick-rimmed glasses emerging from the subway [in Bed-Stuy]. This is usually a good sign, at least in terms of filling restaurants and unusual eateries.”

No doubt Bed-Stuy Fresh and Local will do just fine, if the pair can get it off the ground. Feedback on Brownstoner ranges from excitement to skepticism. No word on whether Ms. Akbar and Mr. Ricards have any business experience, but their website says that they have “partners and contacts in the food industry.”

So far they have raised a little over $4,000 of their $10,000 goal, which aims to fund “the big ticket items we need to outfit the store, things like a meat case, a freezer, some juicers.” Contribution perks include an eco-friendly tote bag, a one-hour massage, a private butchering lesson, and a year’s worth of discounts. They plan to open in October. 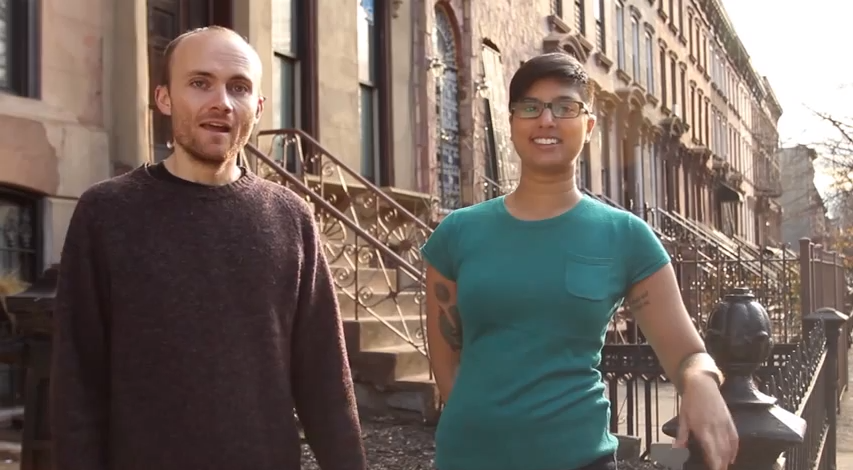