The gun control measure that sparked the caustic war of words between the Senate President and the highest ranking Senate Republican is up for a vote by the full body today.

The bill, S2723, was due to be voted on earlier this month, however a drafting error forced the need for an emergency vote in the Senate.   But Senate Minority Leader Tom Kean Jr. reportedly refused to provide the votes necessary for the emergency, pushing the vote to today.

The move touched off an already simmering feud between Kean and Senate President Steve Sweeney, who is the sponsor of the measure.

In retaliation, Sweeney pulled all GOP sponsored legislation from committee agendas, with sources telling PolitickerNJ the ban would last for “the foreseeable future.”

Through a spokesman, Kean originally told PolitickerNJ Sweeney never approached him on the need for the emergency vote.  However, in an interview last week with NJTV, Kean said he wouldn’t allow the vote because the bill had been amended and Republicans were unaware what had been changed.

“But I have a responsibility and every Senator has a responsibility, not to vote on bills for which they have not been allowed to see what the language in those bills is,” Kean told NJTV . “That would be simply being irresponsible.  And if the Senate President wants to be petty because it happens to be his piece of legislation then that’s an absolute abuse of power.  But everybody on the floor should have had the opportunity to see what was in those bills because it was changing both many many times in committee and then approaching the floor. Senator Sweeney said he had amendments to people that he never showed anybody.  And to have that pass without anybody in the legislature having a chance to see what those amendments were would have been wrong.”

Sweeney has since lashed out at Kean’s “partisanship,” saying the GOP leader is playing games.

“It was his choice,” he said Monday. “He wants to play games. He wants to be partisan.”

The feud between the two men began earlier this year, when Kean released a memo outlining the GOP strategy for taking control of the Senate.  In the memo, Kean called Sweeney’s 3rd Legislative District winnable and said Sweeney was vulnerable in November.  Kean then recruited a candidate to run against Sweeney, doubling down on his earlier statements and maxing out on campaign contributions.

Sweeney’s response was to call Kean “desperate” to gain control of the upper chamber.

“There’s zero chance of him getting control of it. But he has to convince people. So he has to become much more partisan. I honestly am not going to put up with it,” he said.

The measure is one of 10 gun control bills up for vote in the Senate today.  Some will head straight to the governor, where their fate is unknown, while others will head to the Assembly. 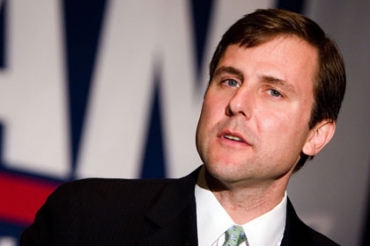