“Lots of unfinished business in Passaic,” said the mayor.

He arrived to party discussions in a strong position.

The first Dominican mayor in the history of the United States just clothes-lined his challengers in his local election Tuesday night and arrives on the current fractured statewide scene in the company of a respected cornerman: Passaic County Democratic Committee Chairman John Currie.

When asked if he is taking his name out of the mix, the mayor answered in the affirmative.

“I got things to do in Passaic,” Blanco said.

Currie is due to sit down with Sweeney tonight to talk to Sweeney about O’Donnell.

Two of the chairman’s assemblypeople, Shavonda Sumter and Benjie Wimberly, made the LG rumor rounds early, but made fast exits. Neither one wants to give up his/her assembly seat to throw in for LG.

He just secured another four-year term and wouldn’t have to give up anything to campaign. A medical doctor and family man, Blanco has proved a sturdy local brand name allied with Assemblyman Gary Schaer (D-36), in an executive/legislative tag team reminiscent of Bollwage/Lesniak in LD 20.

But it won’t happn.

A South Jersey party source said the name he keeps hearing is that of Newark West Ward Councilman Ronald C. Rice, but Buono allies say no one has yet discussed lieutenant governor. 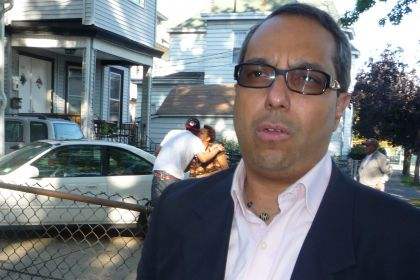