Assembly Minority Leader Jon Bramnick (R-21) and some GOP candidates in swing disricts are jabbing at Democrats in a new web ad set to be released on PolitickerNJ.com on Thursday and Friday.

“The New Republicans are coming in November” features Bramnick at the Statehouse with several 2013 legislative hopefuls, including Joan Fragala in LD 38, Lisa Goldhammer in LD 18, and Maria Rodriguez Gregg in LD 8.

“For a decade, Democrats controlled the State Legislature and taxes skyrocketed,” Bramnick says into the camera.

His candidates begin chiming in, one after another.

“It’s very clear, Democrats had ten years to fix it, and they failed,” says Cumberland County Freeholder Sam Fiocchi, an LD 1 candidate for the Assembly.

“It’s simple – they raised them, and we lowered them,” says John Campbell Jr., an LD 22 Assembly candidate from Plainfield.

“We get it,” asserts Cape May Freeholder Kristine Gabor, Fiocchi’s running mate in LD 1.

The ad ends with Bramnick and his candidates gathered around in collegial happiness and resolve. 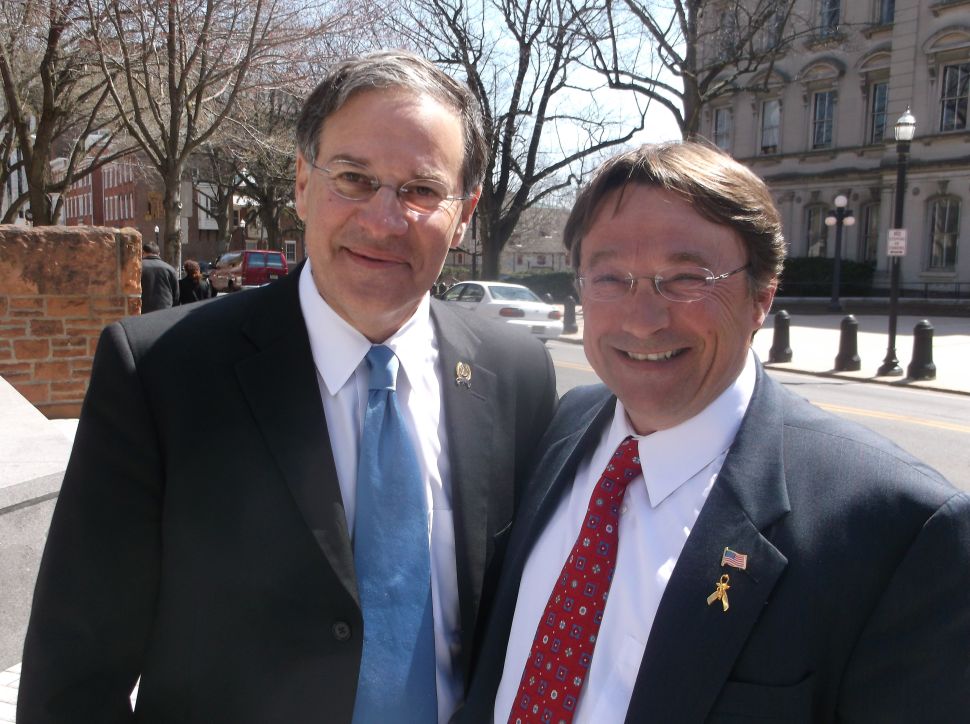