Ever since Brooklyn artist Jamison Ernest witnessed a car accident on the Belt Parkway several years ago, he hasn’t been able to shake it.

“The car flipped over and over again. The image always stuck permanently into my brain,” he said.

Now, Mr. Earnest has devised a way to transform this frightful experience into a beautiful one.

The artist has created a series of artworks, collectively called the  “Bouncing Car,” depicting the vehicle, a ’60s era sedan, in various stages of its fateful wreck. He wants to make 49 one-of-a-kind paintings, as well as seven sculptures for a gallery show.

With a meager $2,500 goal, Mr. Ernest took to Kickstarter to the project. He needed help to purchase the massive amount of raw materials that the work would require.

Mr. Ernest’s story, along with his striking use of colors and contrast in his artwork, have made his project one of the most viewed on Kickstarter.

Now, with seven days remaining, he is over 700 percent funded, with more than $18,000 pledged to his project.

The incentives of the Kickstarter range from a public acknowledgement on social media platforms ($1-10) to a personal self portrait and a trip to a New York art gallery as Mr. Ernest’s guest ($10,000+). 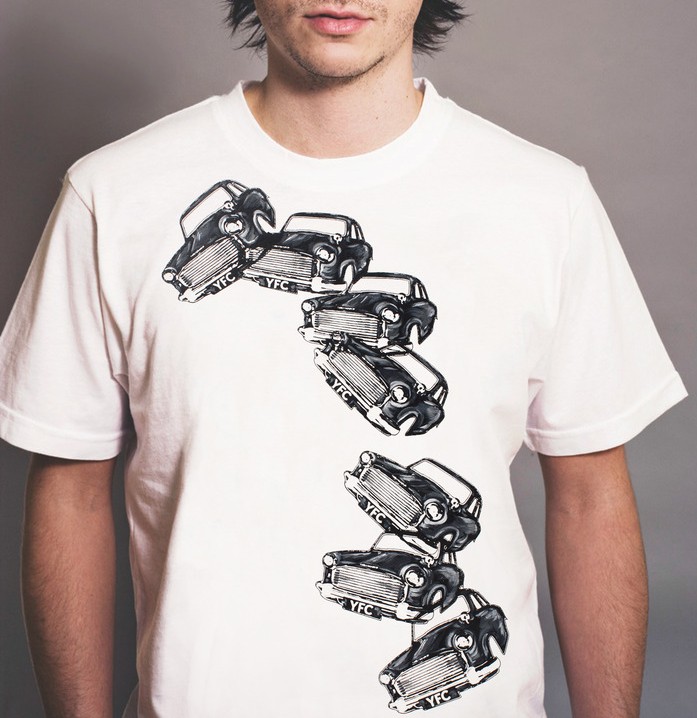