TRENTON – Presumptive Democratic Gubernatorial nominee Barbara Buono asserted her choice of state party chair as good for the party and good for her candidacy and denied Jason O’Donnell divides the party.

Her view has pitted her publicly against Senate President Steve Sweeney, (D-3), a fight she dismissed today as “inside baseball.”

In the Legislature, Sweeney drove the overhaul.

A firefighter married to a teacher, O’Donnell opposed the pension and benefits package.

PolitickerNJ.com asked Buono if she meant, by choosing O’Donnell, to reassert the case against the bipartisan pen/ben package spearheaded by Sweeney and Christie, which requires more contributions by public workers to their healthcare and pensions.

“That has nothing to do with it,” the senator said.

“Jason O’Donnell is the best person for the job,” Buono said of her state party chair choice. “He is young and energetic and a great organizer.”

Trust and her comfort level with O’Donnell also played big for Buono, she said. 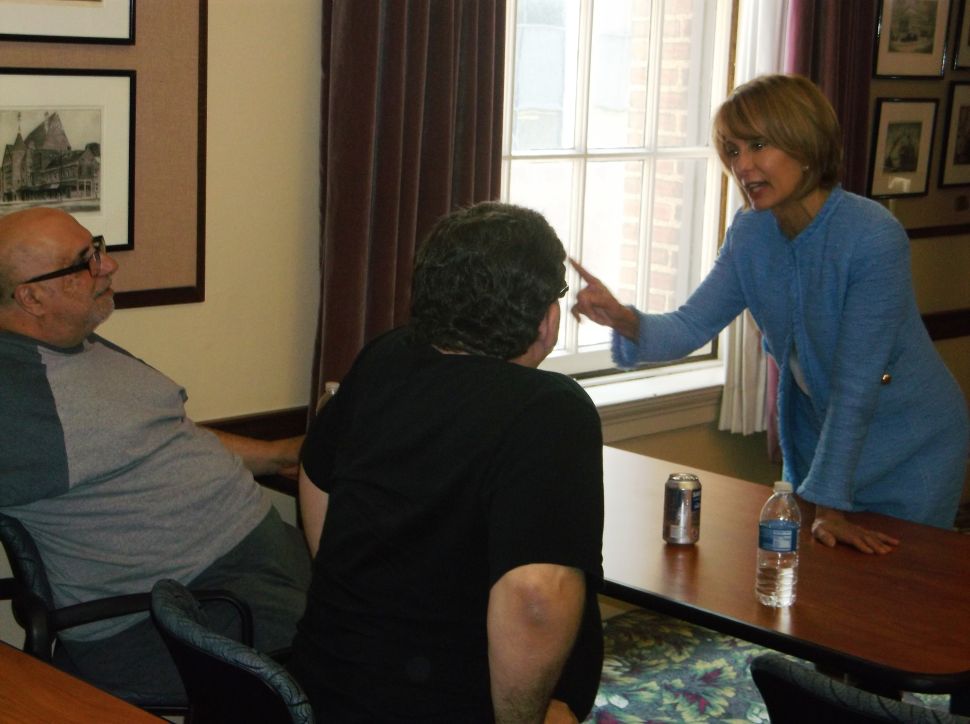