After meeting with the parents of Newtown children murdered in a killing spree, Buono said she approached Sweeney and asked for a stand-alone vote on magazine capacity.

“He refused,” said the presumptive Democratic nominee. “He doesn’t support it.”

And Buono said she doesn’t support his bill without the limit.

“It is a deal breaker for me,” said the gubernatorial candidate, who stood with many Union County Democratic Party leaders outside Roselle City Hall. “I will not vote for it.”

Sweeney’s Senate bill diverges from an Assembly gun control bill, which includes the limit Buono wants, but the Democratic candidate for governor refused to identify a divided party on the issue or take a shot at Sweeney.

“The main impediment is the governor,” she said. “He is the one who has failed to lead on this issue.” 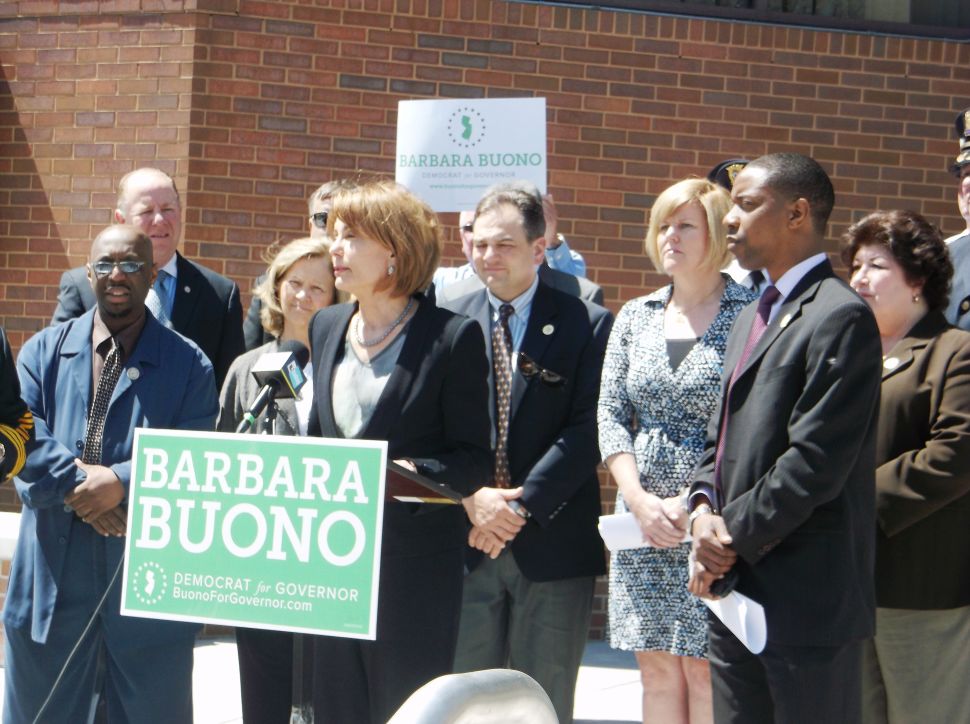