ATLANTIC CITY – If there’s an intra-party battle among Democrats to name a new state committee leader, the outgoing No. 2 in the state committee says she wants nothing to do with the skirmish.

New Jersey Democratic State Committee vice chairwoman Dana Redd told PolitickerNJ she has a full plate as mayor of the city of Camden, saying she has little desire to enter the fray over who should succeed outgoing state party chairman John Wisniewski.

“I respect the process that has existed in the past,” said Redd, referring to the gubernatorial nominee’s role in tapping a new chairperson.

The presumptive Democratic gubernatorial nominee, state Sen. Barbara Buono, is said to have created some waves in the party after it was reported her intentions to tap Assemblyman Jason O’Donnell as chairman.

Redd said she has every confidence Buono is “working with county leaders” and chairs to find a new state party chair.

And as for whether Redd would have preferred to have her name in the mix for possible successor? Not at this time, she says.

“With the work we have in Camden, it’s not something that I thought I could pursue now,” Redd said. 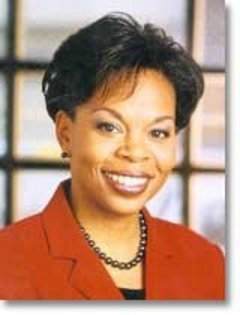