CANNES, France — It’s official: Steven Spielberg just watched a man set someone’s genitals on fire. The Cannes International Film Festival, which kicked off its 66th edition Wednesday night with the rain-drenched international premiere of Baz Luhrmann’s The Great Gatsby, is notorious for art-house auteurs pushing cinema to its extremes. But Amat Escalante’s ham-fisted Mexican competition entry Heli, which grimly (and dimly) depicts corrupt policemen as nihilistic envoys from Dante’s Inferno who crack the necks of puppies, make people roll in their own vomit and, of course, immolate crotches, has set a new record for fastest controversy at the storied event. (If #penisflambé isn’t trending yet on Twitter, it’s only a matter of time.) And as this year’s jury president, the director of E.T. is now obliged to watch every frame. Welcome to France! Leo DiCaprio at a rain-drenched Cannes premier of The Great Gatsby. (Getty Images)

Cannes is off to a wet and wild start. The soggy opening night extravaganza for Gatsby Le Manifique included Leo DiCaprio, Tobey Maguire and Carey Mulligan braving the elements for a black-tie premiere and afterparty that featured the Brian Ferry Orchestra and Florence Welch, not to mention a screw-the-weather fireworks display that lit up the torrential downpour. And this morning’s screening of François Ozon’s Young & Beautiful steamed up the 3,000-seat Grand Théâtre Lumière with the provocative study of a bourgeois 17-year-old Parisienne (lithe newcomer Marine Vacth) who goes from virgin to whore in the span of a year. A nuanced but minor portrait of sexual awakening, budding confidence and emotional immaturity, Mr. Ozon’s lightly erotic and oddly touching ode to youth is alarming, arousing and affecting in equal measure.

More delightfully blunt is the hipper-than-thou kleptomarathon The Bling Ring, Sofia Coppola’s brightly polished ode to 21st century youth as refracted through TMZ-fueled thieves who invade the homes of tabloid stars. Based on Nancy Jo Sales’ Vanity Fair article “The Suspects Wore Louboutins,” about a real-life group of high schoolers who became Hollywood Hills burglars, Bling Ring shows a culture of unchecked narcissism and serial irresponsibility coddled by Facebook posts and Google searches. There’s no there there, critics may wag, which is entirely the point of this glittery cautionary tale of shallow lives in a shallow town longing for the through-the-looking-glass experience of Reality TV fame. Toplining the cast is former Harry Potter icon Emma Watson, who’s clearly angling for the same good-girl-gone-bad career choice that Selena Gomez and Vanessa Hudgens pulled off earlier this year in Spring Breakers. One highlight: Ms. Watson showing off her best pole-dancing moves in the party room of Paris Hilton’s glam-tastic house. (The celebutard heiress even let Ms. Coppola shoot in her actual home, a fabulously gaudy temple of tacky self-aggrandizement.) Director Sofia Coppola, second from left, with the cast of The Bling Ring. (Getty Images)

Not a bad way to begin Cannes, a paean to excess and flash that has something for everyone, high and low. Especially low: in the film market, held alongside the festival, people can watch a cannibalistic Maori family frolicking through the black comedy Fresh Meat or the last known fertile woman struggling to survive in an underground tunnel system in the sci-fi horror flick Crawl, Bitch, Crawl. And if you’re Troma, the NYC-based granddaddy of schlock peddlers, you’ll hold a self-proclaimed “secret” screening of your latest, Return to Nuke ‘Em High: Volume One – but not without inundating international journalists with a press release first. What’s the point of a secret if no one knows about it? 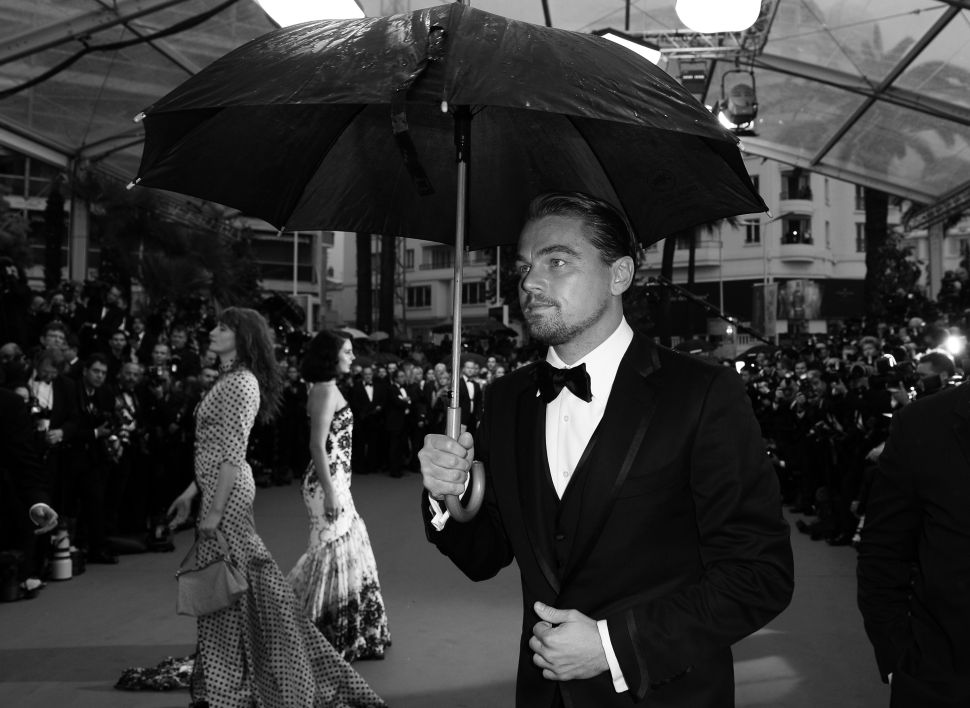