A vibrant Oscar Isaac stars as the put-upon titular troubadour, a former member of a defunct folk duo whose new solo album is making bupkis while he couch-surfs and plays small-potatoes gigs at the downtown Gaslight Café. And Carey Mulligan and Justin Timberlake play pleasantly toothless white-bread act Jean and Jim who give him shelter and even a chance to play on a sure-hit novelty tune (although Jean’s red-hot disgust for Llewyn belies a more complex emotional entanglement). From one encounter to the next, Llewyn keeps getting in his own way, trapped in an elliptical purgatory of bad luck, poor timing and just plain ill-fated decisions.

Inside Llewyn Davis is infused with the filmmakers’ caustic sense of absurdist ennui, but what makes the movie really soar are the songs, folk classics and obscurities (plus one hokey original) supervised by longtime Coen collaborator T-Bone Burnett and performed live on film by the actors. Despite all the on-screen talent, though, Mr. Isaac is the real revelation, an actor with limited musical training whose heart-wrenching vocal prowess more than holds its own against pros like Mr. Timberlake. “We were screwed until we met Oscar,” admitted Ethan Coen during the press conference the day after its evening press screening. And Mr. Isaac clearly relished the role. “It’s a melancholic film,” he said. “But in between takes, I was smiling ear-to-ear.” Cannes now has a clear frontrunner for the Best Actor prize.

Journalists from all over the world greeted the cast and crew with open arms, as well as the obligatory questions about the film’s wayward feline star, a cat belonging to a sympathetic Columbia professor who escapes from Llewyn’s care. The pet is the film’s one contrivance, a somewhat forced conceit and easy laugh that adds a slight false note to all the otherwise tight thematic chords. “The movie doesn’t really have a plot,” conceded Joel Coen. “That actually concerned us at a certain point, which is why we threw the cat in.”

The international reporters at Cannes are famous for some left-of-center questions, and, as always, they did not disappoint—especially one whom the Coens themselves couldn’t have scripted any better. “We Germans are not known for our sense of humor,” said a Teutonic TV correspondent. “Somehow the humor left with the war and the Holocaust. What do you think? Jewish humor, does it exist? If so what does it consist of?” Nervous laughter followed, along with a long pause interrupted by Mr. Timberlake warning the room, “I smell a trap!”

But Joel Coen took it in stride, and volleyed with a typically droll response. “There’s nothing like a Holocaust to put a stake in a certain type of humor,” he replied. 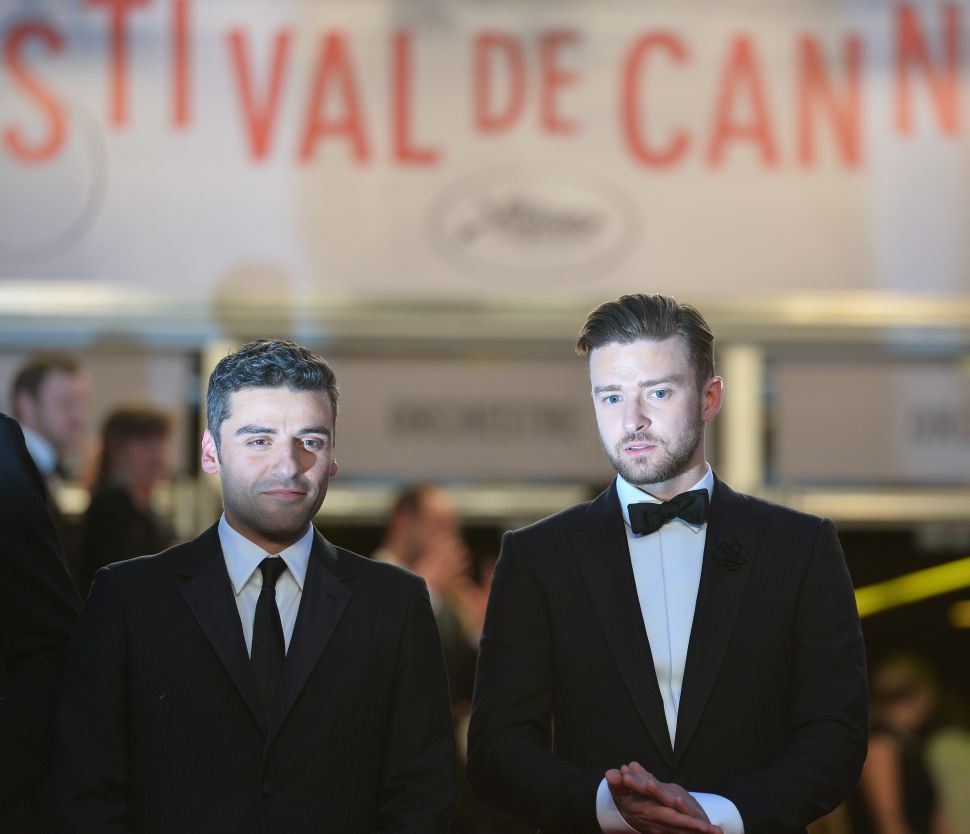