Former Bergen County Freeholder and Demarest Mayor James M. Carroll announced this morning that he intends to seek the Democratic party nomination for County Executive in 2014.

At a breakfast meeting for Democratic Municipal Chairs and other party officials at Hackensack’s Arena Diner, Carroll explained his intent.

“We can do better, and I say we because good government is a team effort where all the branches of government work together for the common good, ” said Carroll, who’s running against Republican incumbent Executive Kathe Donovan.

“Wasting taxpayer money on fruitless litigation to prove who has the most power is an abuse of the public trust, in my opinion,” said the former freeholder, referring to what he cited as the prolific litigation between the current administration and the other branches of county government and Constitutional Officers, County Clerk, Surrogate and Sheriff.

“As a member of the Freeholder Board, I was proud to implement the SAVER program that saved Bergen County residents over $13 Million on prescription medication costs, and the minute they came in what did they do, but scrap the program,” Carroll said.

When asked whether his announcement might distract from the current campaign by Democrats to take three Republican Freeholder seats and the Sheriff’s office in this November’s general election, Carroll said, “I support the Democratic candidates for each and every office from Governor and Legislative seats, right down to municipal council seats, including our countywide ticket. This announcement is aimed at Democratic party voters who agree with my vision that we can do better at the county government level and I believe that I have the background and experience to deliver that improvement.”

Carroll said he is in the process of establishing his campaign team and expects to file the required reports with the New Jersey Election Law Enforcement Commission to establish a campaign committee and fundraising account in the near future. 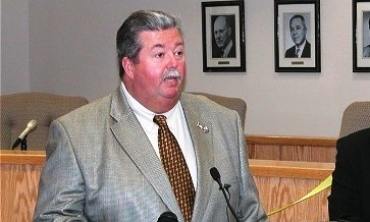