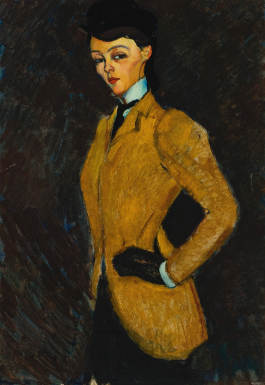 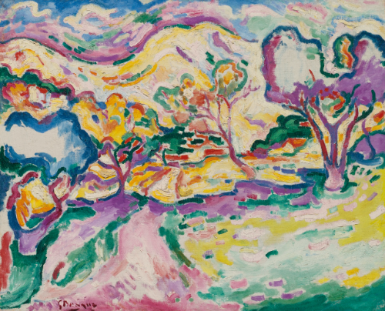 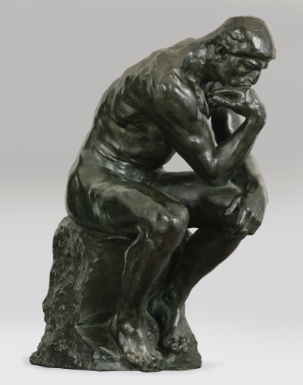 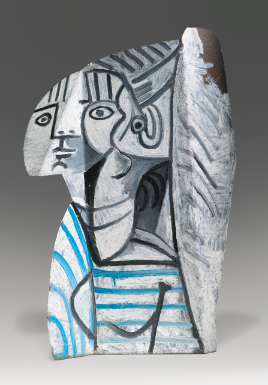 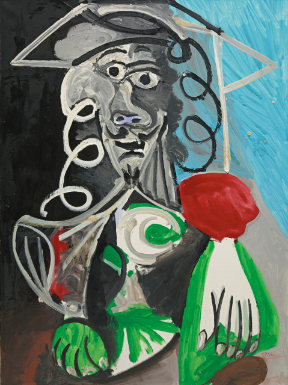 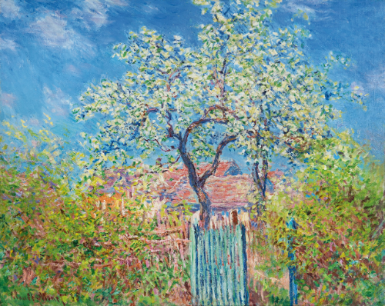 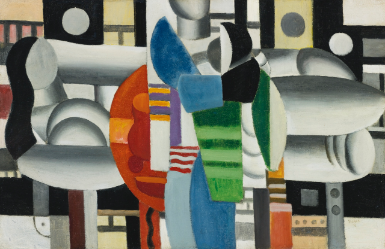 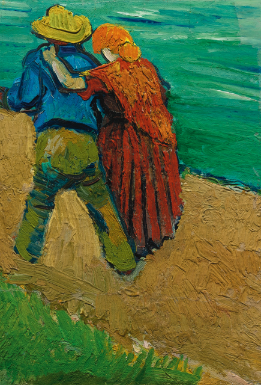 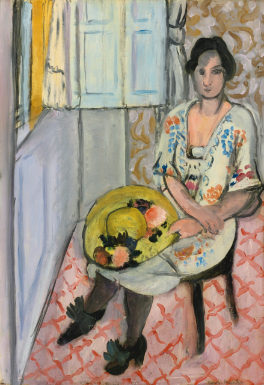 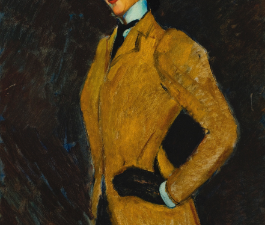 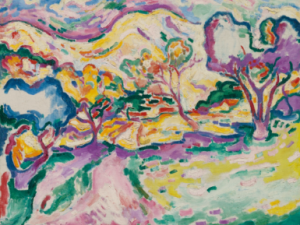 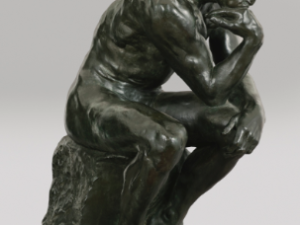 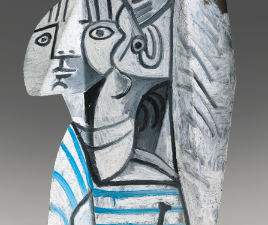 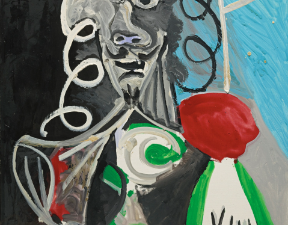 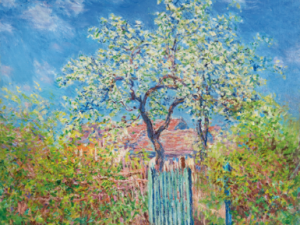 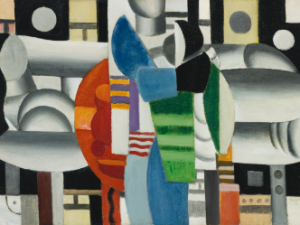 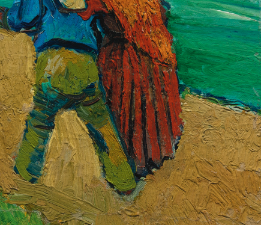 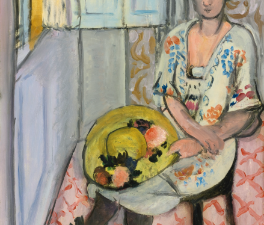 The spring auction season kicked off tonight with a well-stocked Impressionist and modern sale at Sotheby’s that brought in $230 million for the house across 71 lots.

Auctioneer Tobias Meyer, never known for his speediness with the hammer, seemed particularly patient over the course of the evening, with the audience groaning audibly as he accepted another bid on lot 17—a Bonnard landscape that sold for a below-estimate $1.45 million—when the sale was already at minute 35. (All prices include buyer’s premium.)

But don’t knock it if it works. Of the 71 lots on offer, 11 went unsold, a fine sell-through rate of 84 percent by lot, though there was a workmanlike feel to the affair: just 19 lots sold above estimate. The grand total fell within the presale estimate of $162.5 million to $235.1 million, but is was much closer to the lower end than the higher end, since those ranges are calculated sans premium.

The top lot, Cézanne’s Les Pommes (1889–90), saw a back and forth between David Norman, co-chairman of Impressionist and modern art worldwide for Sotheby’s, and former Sotheby’s director of private sales, Stephan Connery (now an art advisor), who bid while speaking on a cell phone in the front row. After six minutes it went to the phone for $37 million at hammer, $41.6 million with premium.

Georges Braque earned a new artist record with Paysage à la Ciotat (1907), which sold for $15.8 million to Emmanuel Di Donna, another Sotheby’s vet, of the uptown gallery Blain Di Donna. It was an impressive price, as that the piece had sold at Sotheby’s New York for just $3.1 million in 2001.

A Rodin sculpture, Le Penseur, Taille de la Porte dit Moyen modèle, conceived in 1880 and cast 1906, sold for $15.3 million, the most ever paid for a cast of the famous Thinker, beating another sold at Sotheby’s New York in 2010 for $11.8 million. It’s also the second-priciest Rodin ever sold at auction, not far behind a piece that sold at Christie’s New York in 2008 for $19 million, though that work was six feet tall, and the Thinkers referenced here were each a modest two feet.

A surprising number of bids came from the back of the room, to less well known faces, though the vast majority of the lots sold to Sotheby’s employees representing clients on the phones. At one point a rep on the phone spotted a bid in the room and gleefully, loudly pointed it out to Mr. Meyer, who had already seen it.

“I know,” Mr. Meyer said flatly to the phone bank, his hand already outstretched to the room bidder. “That is the bid I am taking.”

Helly Nahamad, who was recently arrested on charges including money laundering and racketeering, sat next to his brother Joseph in his usual spot in the front row, though in an out-of-character move, seemed not to bid on much. Upon leaving he threw his arm around a solicitous reporter and said, “Unfortunately my lawyer has advised me not to talk about about anything,” with a surprising amount of irony (given that he probably was told that).

Much, much more unexpected was the presence of LL Cool J in a skybox above the auction room. Given the slow pace, it was impossible not to look at him, up there in his grey hoodie, and wonder what he was doing. Sometimes he ate some kind of complimentary snack out of a crystal bowl. Occasionally he stood up.

It’s not clear that he bought anything, but he did leave just after the woman in his box hung up the phone, following the sale of 1969 Picasso musketeer painting, lot 36, for $9.69 million. He kissed both her cheeks and left with two other people. (If he did buy that one, he also bought a Henry Moore, which sold to the same phone bidder, two lots prior, for $725,000, with premium.)

“It’s very nice when a plan comes together,” said Simon Shaw, head of department for Impressionist and modern art, at a press conference after the sale. “We did feel in putting this sale together that we did have an extraordinary group of material—especially the estate properties.”

Mr. Di Donna agreed on that count. “The Lewyt Collection was of great quality,” he said, referring to the collection which provided the  Cézanne and a Modigliani that made $25.9 million. Even if it is increasingly rare to see many blockbuster top lots in Impressionist-modern auctions, he said, “The quality is still there in the top one, two, three lots, always.”

Christie’s kicks off its Impressionist and modern auctions with an evening sale tomorrow.