The ad, called Jersey Proud, will air for the next 12 days in both the New York and Philadelphia markets.

The ad strikes several familiar themes from Christie’s first term, including the poor shape of the state he inherited, the tough decisions and bi-partisan effort he has made to bring it back and the pride people feel in New Jersey under his watch.

“Four years ago New Jersey was broken.  Runaway spending, the nation’s highest taxes and unemployment on the rise.  Then we elected Chris Christie.  He made the tough decisions to get New Jersey back on track.  Taxes cut, spending cut, government made smaller and smarter, a real property tax cap, working with Democrats and Republicans, believing that as long as you stick to your principles compromise isn’t a dirty word.  The result? Four balanced budgets in a row with no new taxes for anyone, the best job growth in 12 years, nearly 130,000 new private-sector jobs, merit pay to reward New Jersey’s best teachers and the most education funding ever.

“But the most important thing he did has little to do with numbers statistics or even politics.  He made us proud to say we’re from New Jersey. Chris Christie, the governor.”

The total cost of the buy was $1.2 million and includes $800,000 in the New York market and $400,000 in Philadelphia.  Both markets cover portions of New Jersey and are among the most expensive in the country.

The ad is the first by either candidate in the election, though an outside liberal advocacy group has already spent about $1 million on two ads attacking Christie’s record.  Both are currently airing on cable. 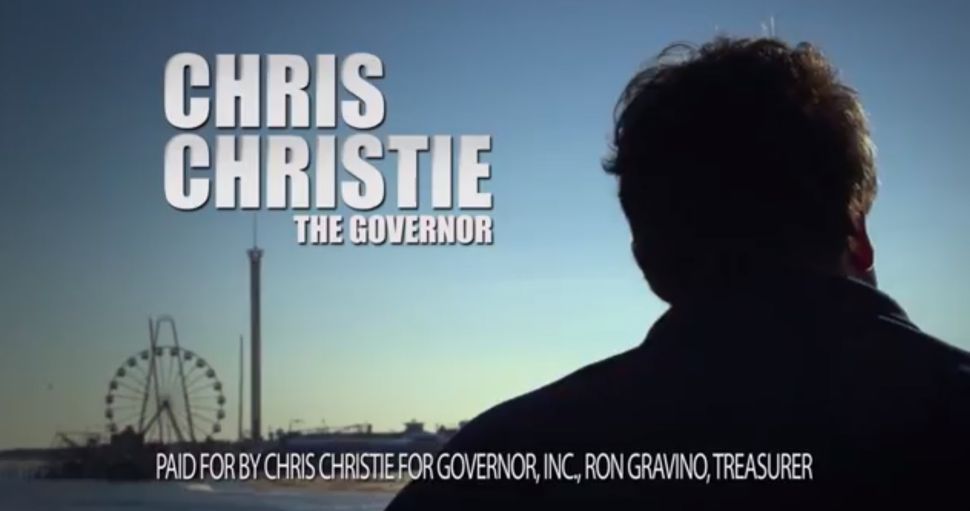