MANVILLE – On the day his campaign dropped a negative television ad on state Sen. Barbara Buono’s (D-18) gubernatorial campaign, the incumbent Republican blamed the challenger’s allies for starting the mudslinging.

“I would have run a purely positive campaign,” Christie told reporters outside the Manville Diner.

But he cited the TV spot salvos of One New Jersey, which have berated the governor for initiating policies that have worsened a moribund economy.

“Special interest groups are attacking my record…. I’m not going to be a heavy bag,” Christie said. “They started the fight but I’ll finish it.”

The ad, Christie’s second, began running today as part of a more than $800,000 media purchase that was first reported by PolitickerNJ.

“Meet Barbara Buono, Jon Corzine’s budget chair and now running for governor,” the spot says, according to Politico, who obtained the script for the commercial. “Buono voted 154 times to raise our taxes.”

Christie’s first ad, a 60-second spot touting the governor’s first three years in office, began running on cable and network television at the beginning of the month as part of a $1.2 million media purchase. 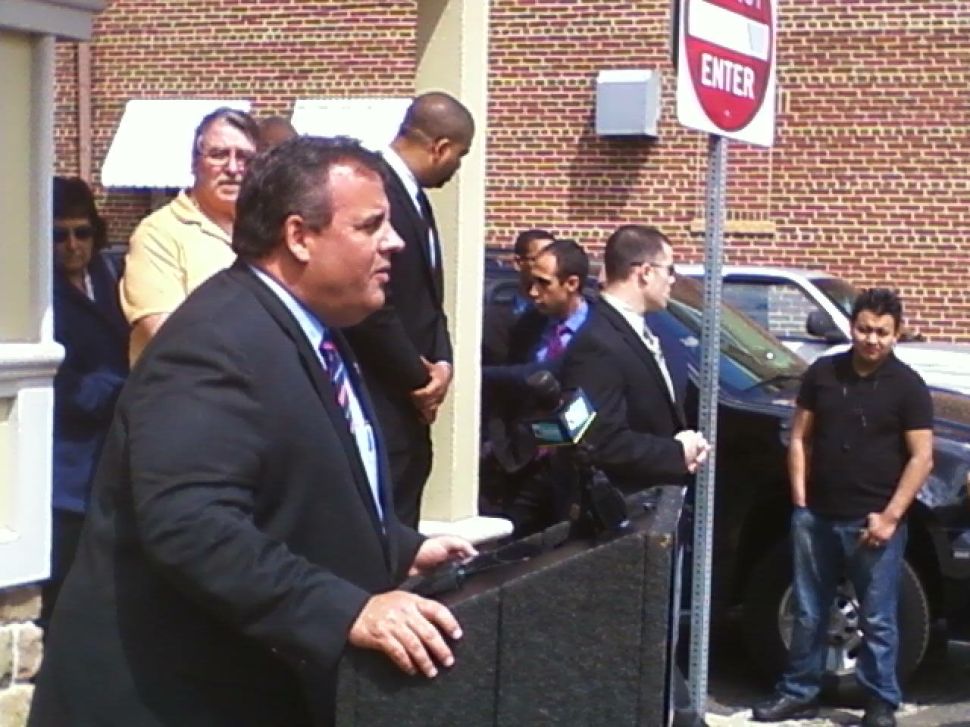