His campaign released his first All-Spanish campaign commercial today, but Republican Gov. Chris Christie was already in the hunt for Latino votes on Election Day earlier this week.

The incumbent governor did a robocall for challenger Jose Sandoval (pictured), who lost to incumbent Passaic City Mayor Alex Blanco.

Sandoval – whose children are named Lincoln and Reagan after Republican leaders, and who received Bill Palatucci in town during the election – received 1,900 votes, or 24% in a five-way race.

He’s reportedly disputing the results of the election. 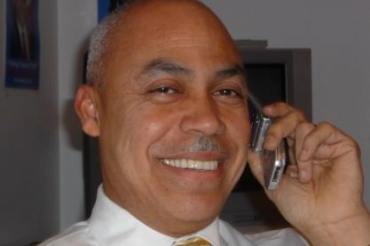