Gov. Chris Christie is no longer scheduled to co-host an hour of the TODAY show, rather the incumbent governor seeking re-election in the fall will sit down “for an extended interview,” according to the program’s spokeswoman.

New Jersey’s governor was originally slated to co-host the program for an hour later this week when PolitickerNJ reported the appearance could have given Christie’s lesser-known primary opponent grounds for requesting equal on-air time, according to an FCC spokesman.

“Gov. Christie will sit down with TODAY for an extended interview and he will be a part of a ribbon cutting ceremony to open the Jersey Shore for the summer season,” TODAY show spokeswoman Megan Kopf said in a statement. “He will not serve as guest co-host as we don’t want the ‘equal time’ rules to distract from the real focus of the show, which is to highlight the Jersey Shore.”

But despite billing Christie’s appearance as an extended interview, a post on a TODAY show website still reads Christie will “co-host” the show for an hour on May 24.

“The TODAY anchors are headed to the Jersey Shore!,” the post on TODAY Travel reads. “To add to the Jersey pride, New Jersey Gov. Chris Christie will join the TODAY team as a co-host of the show’s 8 a.m. hour on Friday.”

According to an FCC official, Christie’s appearance as “co-host” would mean Seth Grossman, an Atlantic County-based lawyer challenging the governor in the Republican primary, could request broadcasters afford him equal airtime.

Robert Baker, assistant division chief of the FCC’s Media Bureau’s Policy Division, told PolitickerNJ that even though NBC’s TODAY show meets the commission’s “news exempt” status under the rule, Christie’s appearance as co-host would make it a non-exempt appearance.

Baker said a candidate’s appearance as an “anchorman, weatherman [or a] sportscaster,” for example, would make the appearance subject to the equal time rule since the candidate is not simply a guest on the exempt program.

Legally qualified candidates seeking to request equal airtime have seven days to file their request once a program is aired or broadcasted.

Grossman originally told PolitickerNJ he thought the incumbent governor’s ability to “basically campaign” on the airwaves was “unfair.” However, Grossman said he had little time to look into the matter.

But following the story’s publication, Grossman said he planned to “demand equal time.”

If a candidate is eligible for equal time, the broadcaster – not the program, or the TODAY show in this case – would be responsible for affording the candidate equal time.

Update: A TODAY show spokeswoman, Megan Kopf, told PolitickerNJ the May 7 posting on the program’s website that bills Gov. Chris Christie as a “co-host” is an “old post that needs to be updated.” 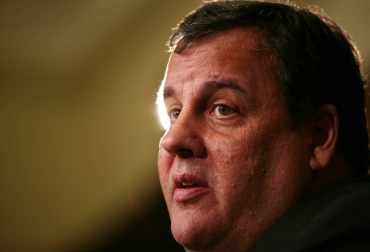