The Department of Consumer Affairs has sent notice to 17 New York restaurants, telling them that that they will have to close their sidewalk seating areas unless they are willing to comply with the city’s zoning regulations.

“Please be advised you have 100 business days from and including May 1 to complete one of the following options,” the agency notified owners on April 29, reported the New York Post. The restaurants were given the options to get a “certified land survey” to show they’re operating on private property, file for a zoning exemption or surrender their permits.

New York restaurants that have received notices include Sant Ambroeus, Friend of the Farmer on Irving Place, and Sushi Choshi. Some of the owners are worried that the new enforcement efforts could put them out of business.

Cities such as Philadelphia have been cracking down on sidewalk cafes as well. They have begun to perform to monthly inspections to ensure that none of the restaurant cafes interferes with public space and all are within compliance of sidewalk regulations.

“Sidewalk cafes are a valued amenity as they promote a lively and festive atmosphere on city streets,” acting Streets Commissioner David Perri said in a statement,  Metro reported.

“Cafe operators, however, need to adhere to their approved seating plans and be diligent in keeping public sidewalks safe and accessible for all users.” 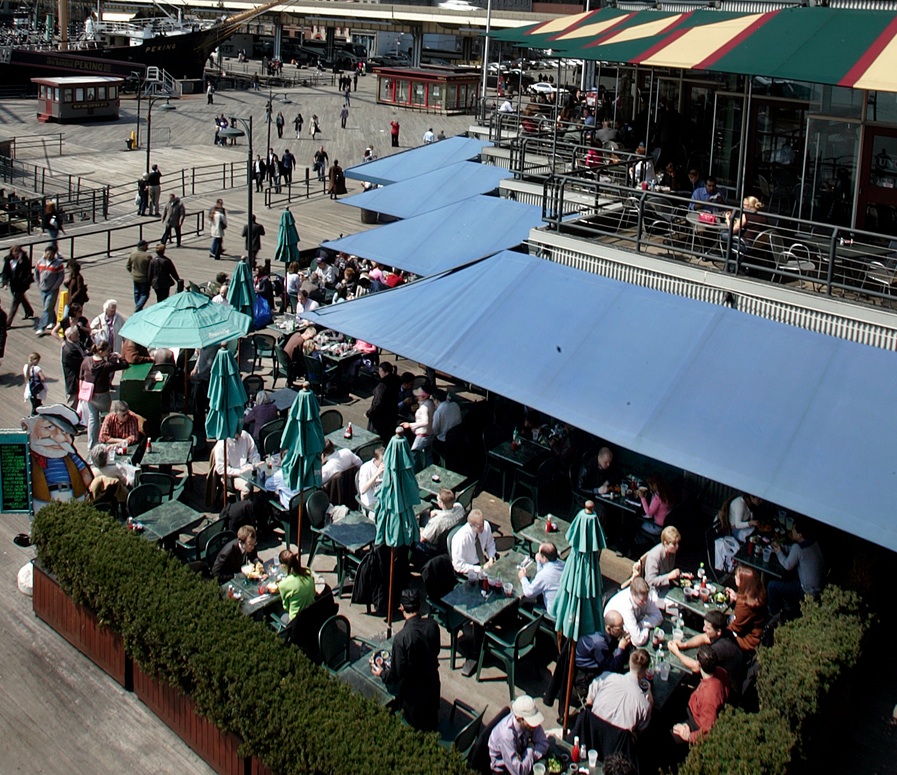