Now if only they could trick tourists into visiting the Fresh Kills Landfill.

On Thursday, the city added tourist information about about Staten Island’s ship graveyard to its summer guide for British visitors.

“It may not have the #MaryRose, but NYC does have a rather spooky Boat Graveyard on Staten Island,” New York’s official UK Twitter handle shared with all of Britain.

The yard, also known as the Witte Marine scrap yard and currently owned by Donjon Recycling and C & M Metals Recycling, is the only place in the city to dump unused ships. (Summer fun, amiright?!)

“I can’t imagine going to look at rusted over ships, especially with so many interesting things to do in New York City,” Staten Island resident James Oliver told The Observer.

Active since the 1930s, the scrapyard has housed WWII submarines and 100-year-old vessels. At one point, there were over 400 ships, although the current number is closer to 100, according to current owner Arnold Witte.

While the graveyard boasts nice scenery, it isn’t exactly convenient to get to. After a 13 mile bus ride from the ferry terminal, determined tourists have to trek an unpaved path to sneak a view at the location. There’s also a bit of trespassing required.

“The rotting ship hulls, protruding from the watery depths, are oddly majestic and beautiful (but also kind of gross; we recommend wearing long pants, not shorts, and sturdy shoes if you go),” the city’s tourism site reads. “Naturally, this is not a place for casual sightseers, but the location is known as a photographer’s dream for the few who dare to trek out there.”

For a Mary Conway, an amateur Staten Island photographer, the graveyard is a great place to capture the rustic beauty of these hulking vessels.

“As a photographer, I think its a really interesting place to get pictures, with a wide range of different types of ships and levels of decay,” Ms. Conway said, adding that it was no small fete to photograph the area.

For fans of rusted relics of the 1900s industrial era, may we suggest Pittsburgh? 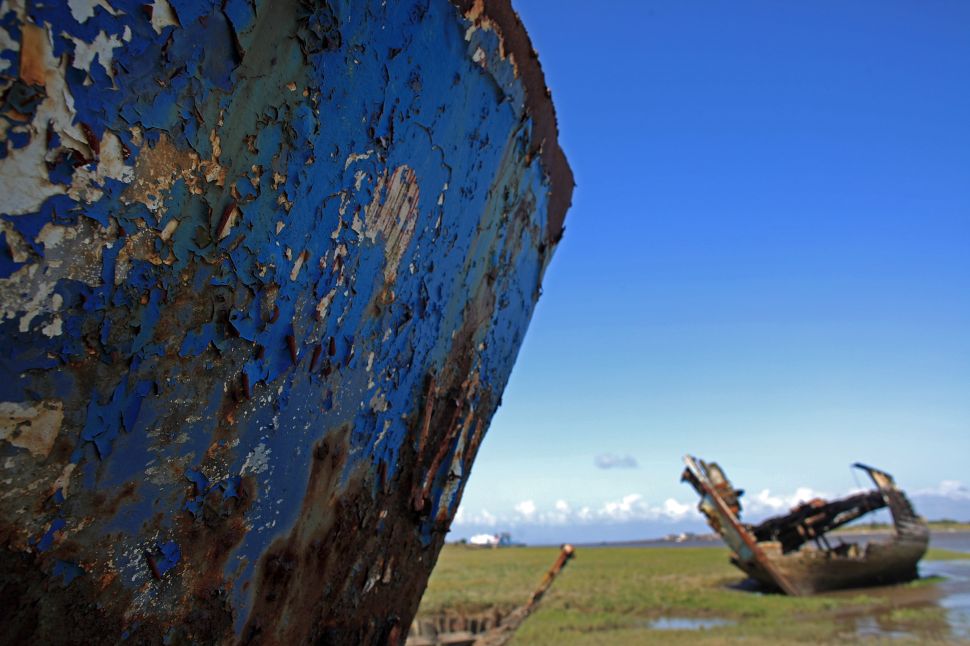