“The Governor has shown he is a leader,” said Corradino at a podium in front of the Manville Diner, moments after he and Christie walked through the diner shaking hands with diners.

Corradino cited Christie’s leadership in the aftermath of Hurricane Irene, which flooded Manville, and Hurricane Sandy.

“I wish him all the luck in the world,” said the mayor.

Christie said, “Folks don’t expect party or partisanship. What they expect is for us to work together. 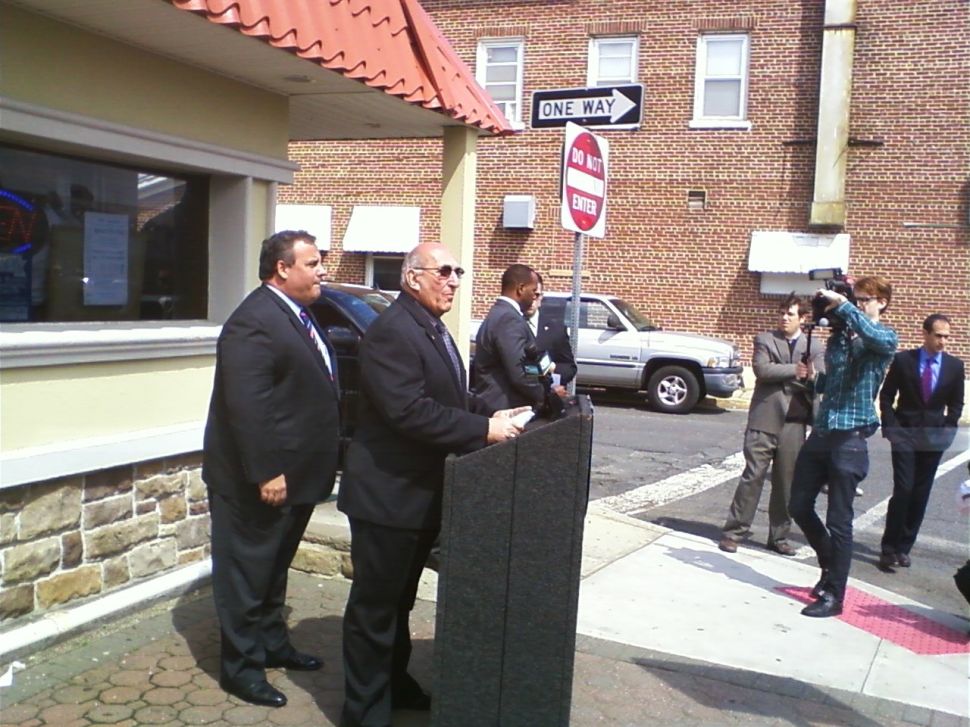