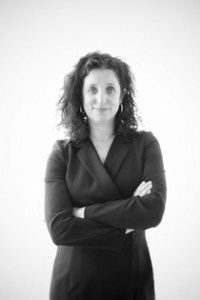 Lisa Freiman, a senior curator and chair of the contemporary art department at the Indianapolis Museum of Art, has been tapped to become the first director of the Institute for Contemporary Art at the Virginia Commonwealth University, in Richmond, Va. The future home of the ICA, designed by Steven Holl Architects, is under construction and is expected to be completed in 2015. Ms. Freiman starts at the institution on July 1.

At the IMA Ms. Freiman headed the museum’s adventurous outdoor sculpture garden, 100 Acres: The Virginia B. Fairbanks Art & Nature Park, which opened in 2010 and includes work by artists like Atelier Van Lieshout, Kendall Buster and Andrea Zittel. She also served as commissioner for the U.S. pavilion at the 2011 Venice Biennale, which featured a solo show by Allora & Calzadilla.

Before coming to the IMA, Ms. Freiman served as assistant professor of art history, theory, and criticism at the University of Georgia in Athens and in the curatorial department of the Institute of Contemporary Art in Boston.

In a statement released to press, Ms. Freiman said, “VCU has established itself as a dynamic and diverse center for contemporary practices and I look forward to working with the university’s leadership, faculty, students, and patrons to realize the bold vision that they have put forth to build a leading center for contemporary art.”