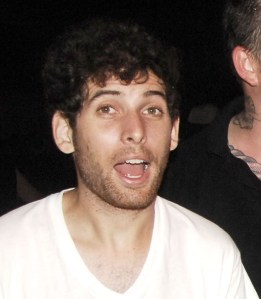 The artist Darren Bader (b. 1978) has won the Calder Foundations’s 2013 Calder Prize, presented to “contemporary artists who have completed exemplary work early in their careers and whose work can be interpreted as a continuation of Alexander Calder’s legacy.”

The prize comes with $50,000 and a residency at Atelier Calder in Saché, France. If you’ve seen the talented Mr. Bader’s work, news of the award probably doesn’t shock you, though you do have to admire the foundation’s interpretation of Calder’s legacy: for his show last year at MoMA PS1, one room consisted of a room of sculptures that were made of, and were, live cats. Still, that’s kinetic, right?

The prize ceremony will take place on May 28 at the Peggy Guggenheim Collection in Venice, where Mr. Bader has planned projects for the Biennale. He is represented by Andrew Kreps in New York, Sadie Coles HQ in London and Franco Noero in Turin, Italy.