Up until a few weeks ago, documentary film lovers could be found clustered at the Tribeca Film Festival, trying to soak in as many documentaries as possible during the brief festival window. Soon, though, non-fiction film buffs will find it much easier to take in a broad range of documentaries throughout the year.

The Downtown Community Television Center, or DCTV, a media arts non-profit that has been fostering film education and production since the late 1970s, has started construction on an all-documentary theater.

The 74-seat theater will be housed in a historic horse stable at the rear of DCTV’s headquarters, an eye-catching 1896 limestone firehouse on the edge of Chinatown at 92 Lafayette Street. When completed, it will be the city’s second theater devoted to documentary (the other, located in Harlem, is the Maysles Institute).

Though New York is famous for its robust movie-going culture, documentary fans are sometimes frustrated by the brief runs that docs tend to get at cinemas. (This documentary fan has also been frustrated by the small, oddly shaped screening rooms that documentaries tend to be shunted off to.) As film critic David Edelstein pointed out in a recent New York Magazine story, documentaries, long dismissed as the least commercially sexy of all genres, have historically been shunned by theaters and distributors. Which is truly a shame given that the genre is going through a magnificent creative flowering in the digital age. Cheap cameras, editing software and funding have drawn in the cool kids and the result, as Mr. Edelstein aptly notes, is that “the form is not just good for you these days. It’s incredibly sexy.”

Likewise, DCTV’s new documentary cinema will have a number of alluring features to help showcase the fruits of the genre’s resurgence: digital 4k projection systems, the ability to broadcast live events, and the technology to engage with speakers in other locations via internet. It will also be Academy Award-eligible, meaning that it meets the requirements to screen movies for Academy members, and is expected to attract some 20,000 visitors in its first year of operation.

In many ways, documentary’s moment in the sun mirrors the rebirth of New York’s movie-going culture—in the last few years a handful of innovative new spaces to watch, learn and celebrate film have opened. The movie theater boomlet marks a reversal from the previous decade, which saw a spate of theater closures and the disappearance of most video stores.

DCTV bought the dilapidated, abandoned firehouse and the stable where the all-documentary cinema will be located from the city in the late 1970s, according to Paul Alter, a principal at of Lee H. Skolnick Architecture + Design Partnership who is the lead architect on the conversion and has worked with DCTV on many other renovations to the building. The Department of Sanitation, which is next door, has been using the stable for storage. Even after the cinema conversion, it will continue to house some air conditioning machinery for the department on the roof.

“They kept the horse drawn buggies in the space. It will really be an interesting transformation,” said Mr. Alter, adding that though the space is beautiful, it does present some acoustic challenges. The non-profit currently holds screenings in a high-ceilinged, multi-purpose room on the third floor of the firehouse.

The multi-million dollar conversion is expected to be completed in 2015 and is being funded through the Lower Manhattan Development Corporation, the New York City Department of Cultural Affairs and private funding; though DCTV has yet to raise all the funds needed for the project.

The center is still helmed by its founders, documentary filmmakers Jon Alpert and Keiko Tsuno. In addition to promoting the genre, the educational and production facility holds classes, talks, screenings and workshops; runs programs for disadvantaged youth; provides affordable rentals of equipment and studios and does post-production work. 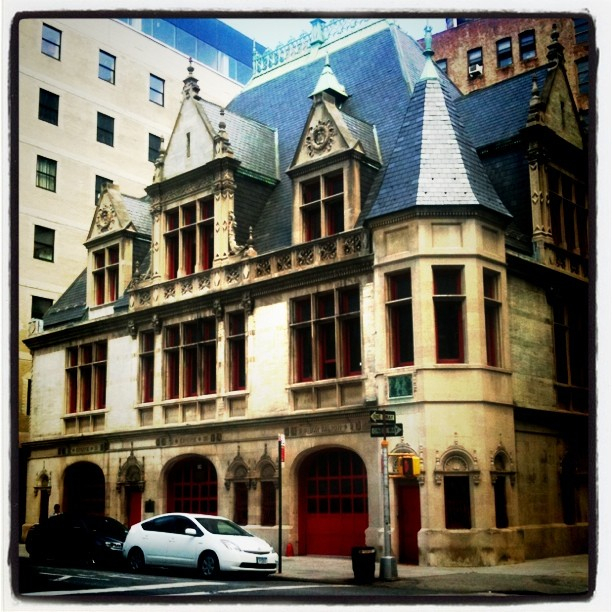