If you thought Downton Abbey had jumped the shark by (spoiler alert!) murdering its leading man in the most heart-wrenching display of automotive deus-ex-machina since the O.C., and that it wasn’t long before the show’s inexorable decline into unwatchable TV territory, well, you might be right.

But that doesn’t mean that the show is going to be hanging up its petticoats anytime soon. In fact, the show could be around for as many as six (!) more years, according to show creator Gareth Neame.

Mr. Neame told the Daily News he hopes to keep the show going for up to 10 seasons. “I think it is going to go on for a while,” he said. “Right now the show is still growing in the U.S. and it would be awful to think of the show ending.”

Somebody should probably let the actors know they’ll be around for another six years, because at the rate this flimsy lot are succumbing to eclampsia and the Spanish flu it’s not looking good.

While no contracts have been signed, Mr. Neame seems optimistic about the show’s longevity. “I would rather let the show run between four and 10 years, I imagine,” Mr. Neame said at the BritWeek Downton Abbey Celebration in Santa Monica.

Christ, 10 seasons. That could mean decades worth of Downton. Think of all the possible plot turns: Mary’s baby discovers the Beatles! Thomas gets gay-married! The Dowager Countess gets a Twitter account!

That being said, Mr. Neame says that he doesn’t want to drag the show out longer than it needs. “I would rather that we picked the right year (to end) and that in 20 years time the show was loved rather than we went on a season too long and people fell out of love with it.”

Alas, even without Sir Matthew, there’s still some stuff to look forward to in the upcoming forth season—taking a peg from Ms. Dunham and co., Downton will adding its first black character, which should cause some enjoyable chaos amongst the staff considering how shocked everyone was by the arrival of the electric toaster.

Just please, guys—stay safe. Stay away from cars. Be careful in the next few decades, especially the early 1940s. And for heaven’s sake, watch your hands on that electric toaster. 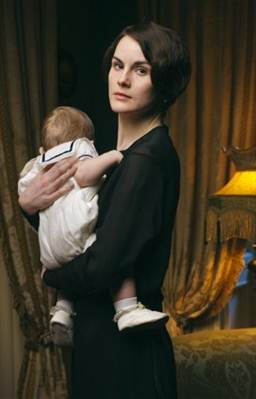