There will likely be no need to muffle too many cicada-mating screeches in the coming weeks — especially if your neck of the woods is, well… not all that woodsy. Expert entomologists told The Brooklyn Paper that the harmless insects don’t like concrete, which as you realize, is the stuff this city is made of.

“We have records here in our collection, but whether they were here 17 years ago, that’s the biggest predictor of whether or not they’ll show up,” Cole Gilbert, an associate professor in Entomology at Cornell, told the publication.

Once the ground temperature climbs to 64 degrees, the cicadas will have three prerogatives: emerge, mate and die. (Apparently the buzz surrounding the hatching of the cicadas lasted about as long as the harmless insects’ month-long aboveground life span).

Entomologists think they’ll head for the greenest areas in the city, like Central Park or Prospect Park, sparing neighborhoods with less foliage.

If you were particularly excited about watching some insects get down, make your way to Staten Island or some other cities down the East Coast, like Washington D.C. or Boston, in the coming weeks. 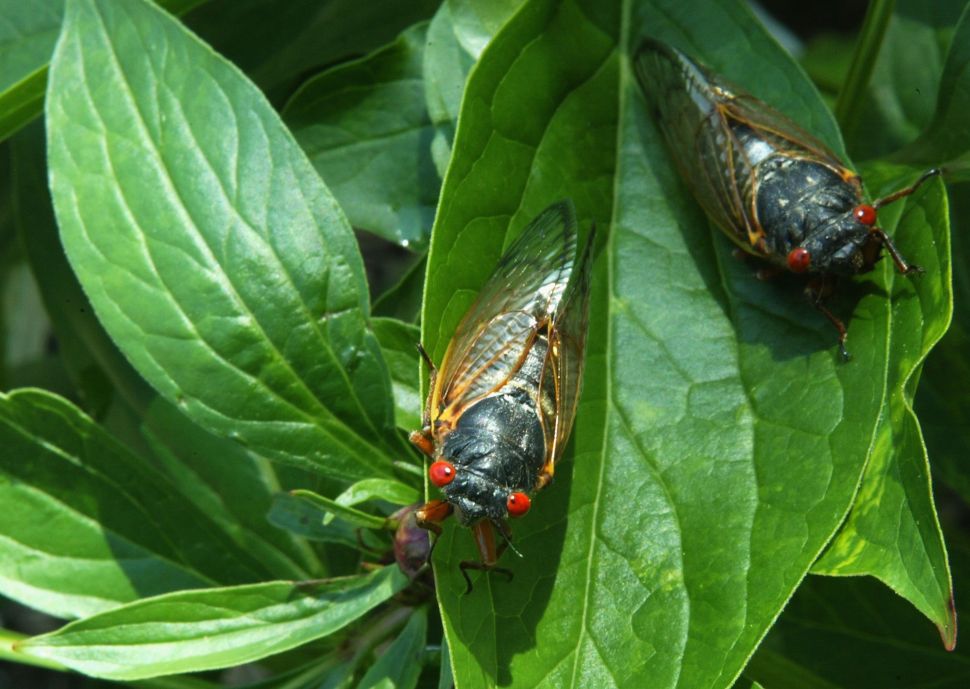