TRENTON – Former Health Department Commissioner Poonam Alaigh said the expansion of Medicaid will serve as a big opportunity to not only cover millions of people around the country, but also as an opportunity to deliver medical services more efficiently and intelligently.

She said 75 percent of all patients would like to take advantage of so-called “e-visits” and telemedicine so it doesn’t take time away from work. That can also help in addressing the current shortage of the number of doctors.

“We’re going to have to change how we deliver medicine,” she said. “There’s going to be a shortage.”

She said while much research and medical breakthroughs have taken place in the last 15 years, “The way patients are treated and discharged hasn’t changed,” she said.

But one way to make health care delivery more efficient is to target the chronic patients – the 5 percent of the population that uses 50 percent of all healthcare dollars spent in the nation.

Alaigh delivered her remarks at a health care forum held Wednesday at the Statehouse.

Many of the chronic patients have said what they need more than anything else is 24-hour access to a nurse practitioner. Many Medicaid patients can’t get immediate care, Alaigh said, adding that it takes  months to get to a federally qualified health center or a primary doctor.

The expansion of Medicaid is expected to cover some 60 million low-income and aged, blind and disabled residents in the countyr. The insured population will go up from 85 percent to 92 percent, according to experts.

Alaigh said 44 percent of all dollars from the federal government to states is in the form of Medicaid, and 70 percent of nursing home residents are on Medicaid.

She said the administration made the right decision to go forward with expanding Medicaid.

Alaigh was nominated as Health commissioner in January 2010 and served until April 2011. 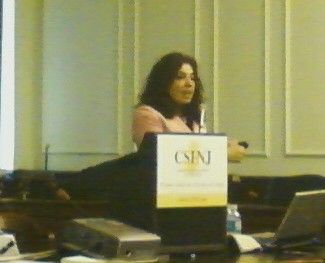