JERSEY CITY – Team Fulop is celebrating at the Zeppelin downtown.

Team Fulop’s favorite watering hole was packed with supporters who screamed in jubilation as the numbers flowed in showing their candidate winning a hard fought election.

Fulop’s victory indicated a combination of intense organizing by the 36-year-old candidate and fatigue with the status quo.

The endorsement by President Barack Obama of Healy hobbled the morale of the challenger in March.

But Fulop fought back with the line that Obama – and others, including New York City Mayor Mike Bloomberg – don’t live here.

Along with the felled mayor, the Hudson County Democratic Organization (HCDO) took a hit tonight. The once powerful organization was all in with the incumbent Democratic mayor. 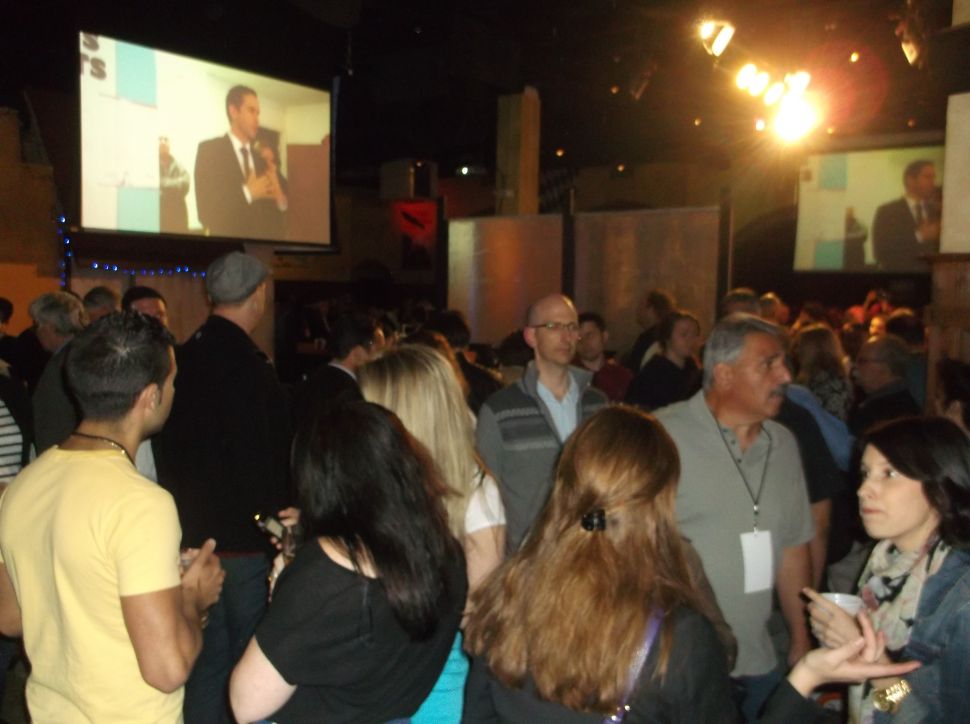