JERSEY CITY – Downtown City Councilman Steve Fulop said he likes the numbers early and is confident of securing at least a runoff election in this highly anticipated mayoral contest.

“Jerry Healy said he’s confident they’re going to win it tonight,” Fulop told PolitickerNJ.com. “I can tell you right now, there is zero chance of that. I’m seeing the numbers, and I think we’re in a good place, and I don’t think we’ve even hit our stride yet.”

A loud hurrah greeted Fulop as he walked into his headquarters on JFK Boulevard.

The place was humming during the lunchtime hour, with Fulop’s longtime dedicated supporters making phone calls in the big, sunlit room as the candidate, in shirt sleeves, shook hands and embraced his backers.

He voted at 10:30 this morning. Now Fulop hugged Maria Fernandez, who said she wants an end to “Corrupcion.”

“Eat and get the hell out,” Fulop field leader Tom Bertoli told the troops. 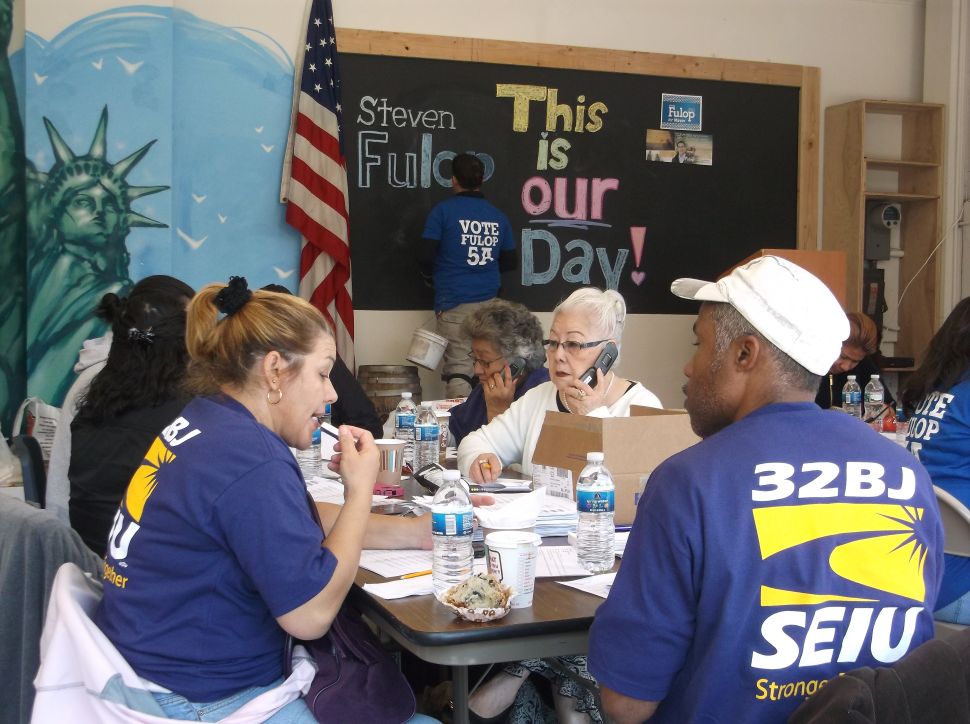