JERSEY CITY – In the final voting hours of the Jersey City election Tuesday evening, mayoral hopeful Steve Fulop stood exactly where he said he needed to be in the last-minute push to get out the vote.

As evening commuters poured out of the path stations in downtown Jersey City, Fulop shook hands, exchanged high-fives and urged the residents to make a break for the polls before ending their day. The councilman greeted residents near the Grove Street Path Station as hundreds commuted back from work.

In the final hours before the polls closed, Fulop was feeling optimistic. And what’s more, he said, an evening surge from his base could be enough to tip the race in his favor.

“Huge, huge, huge,” Fulop told PolitickerNJ, referring to the importance of the 6 p.m. to 8 p.m. voters.

“Turnout was much higher than it has been in years past, which I’d say is very good for us,” he said.

And standing where he was, it was easy to see why the mayoral hopeful was feeling optimistic.

“You’re going to win, Steve!” shouted one resident as he walked out of the path line, which was quickly followed by, “I already voted for you” from another commuter.

“I got you,” said another, while giving Fulop a high five.

“We need your help,” Fulop would say to them, as well as, “Make it count.”

At the polls, workers said turnout was higher than normal and described a steady flow of voters throughout the day.

At a Ward F polling place, at least a dozen people were in lines with less than an hour of the polls closing. At another location, a poll worker told PolitickerNJ the turnout reminded him of a presidential election cycle.

And the high turnout had Fulop feeling confident in the race that many said in the weeks leading up to today was too close to call.

“The higher turnout is only going to benefit us,” Fulop said. 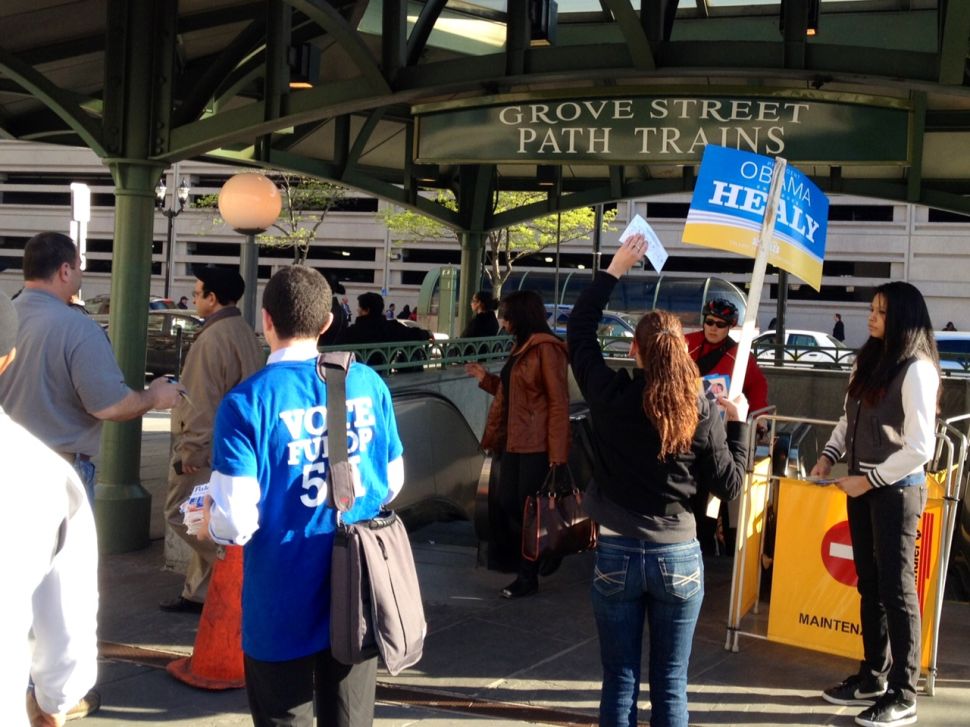