Jersey City Mayor Elect Steve Fulop said today he will conduct an audit of all unused sick time payouts for police officers who filed for retirement by June 1.

The officers are due about $4.5 million in unused sick time and some, according to Fulop, claim they have not taken a sick day in 30 years on the job.

“The fact that Chief Comey and his friends in the police department are putting in for retirement just days after the mayor lost the election demonstrates how the Healy police department is more concerned with their cushy office jobs than protecting the public,” Fulop said. “We have a public safety crisis and yet these officers are putting their own personal financial interests ahead of public safety and certainly ahead of the taxpayers. I am beyond outraged. I am disgusted.”

Fulop said he intends to audit every single dollar requested by the retiring officers.

“Let me be clear to Comey and friends that I intend to scrutinize every penny requested before Jersey City taxpayers shell out any money,” Fulop said. “Some of these officers that are requesting taxpayer payouts are saying that in 30 years of policing, they never took a single sick or leave day, which is just not realistic or believable. I will not allow these officers to rip off the taxpayers. Jersey City’s overburdened families deserve no less.”

Cunningham has represented the 31st District, which includes Jersey City, since 2007.  Her now deceased husband was the mayor of the City prior to Jerry Healy, who Fulop defeated last week.  O’Dea has been a freeholder in the county since 1997 and is a former city council member. 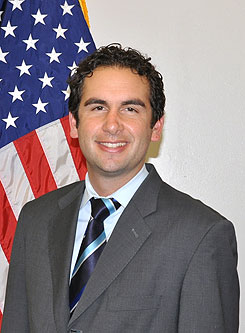