JERSEY CITY – That idyllic stretch of bingo parlors and baseball diamonds called the Jersey City Heights showcased a battle of war wagons commanded by Mayor Jerry Healy on one side and challenger Downtown Councilman Steve Fulop on the other.

Fulop appeared at least visually to be fighting on even terms with the mayor, who lives in the Heights and raised his family here.

PolitickerNJ.com went to two polling places between 5 and 7 p.m. and did not witness heavy Heights turnout.

Volunteers poured out of Fulop headquarters, trying to offset the blue and yellow t-shirts worn by Healy’s troops with one hour to go before polls close at 8 p.m. 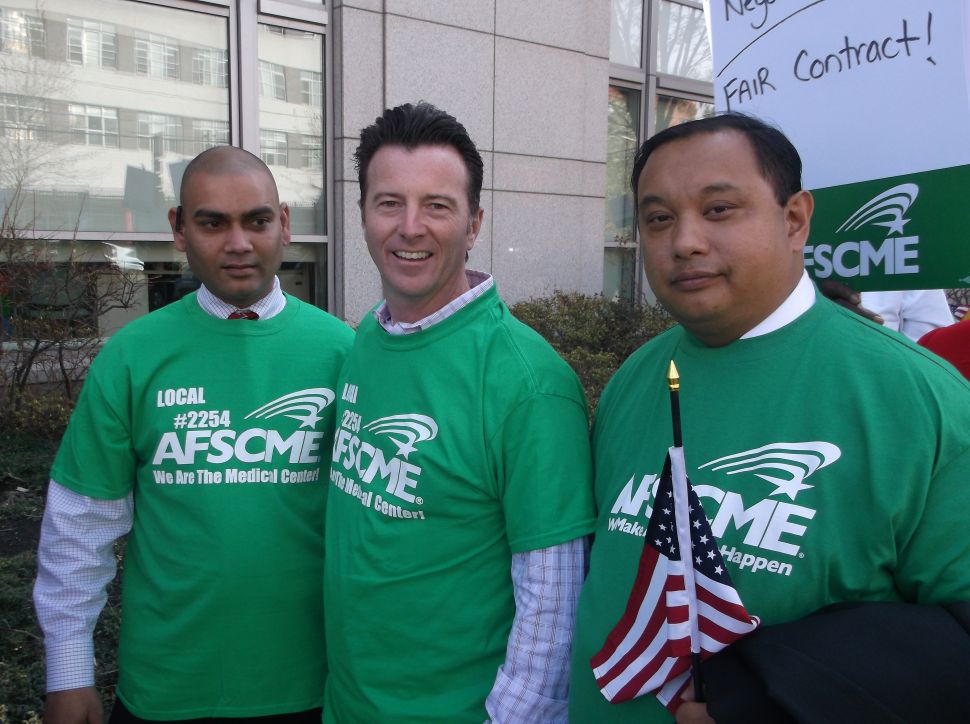