Turns out the Great GoogaMooga might not be so great for Prospect Park.

For the second straight year, Brooklynites are up in arms about the condition of Prospect Park following the food festival.

Tire tracks, dead grass and patches of dirt are all that remains of the once lush area that played host to the event. Outraged residents blame farm equipment and the heavy platforms used in the production of the festival that shut the park down to the public for two weeks leading up to it.

The event lasted for two of the three scheduled days due to inclement weather. Two days were enough to cause damage, and the rain didn’t do much to help the condition of the park.

“It’s only going to get worse because of the rain,” said Geoffrey Croft, president of the New York City Park Advocates told Brooklyn Paper. He also told the Brooklyn Paper that the cost of repairs to the park would completely offset the  $75,000 rental fee.  “It’s just not worth it” Mr. Croft lamented.

The Prospect Park Alliance, the group in charge of upkeep of the park, has been busy documenting the damages done after the festival, and plans to send it to the sponsor, Superfly Presents. 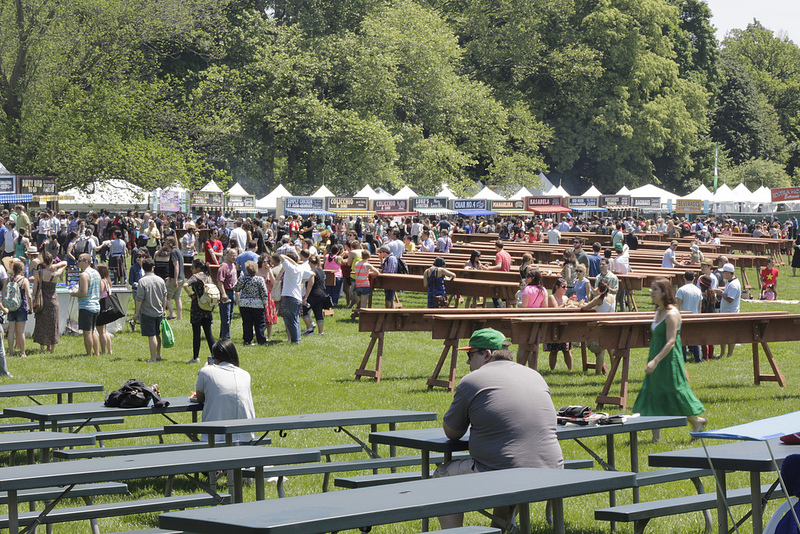