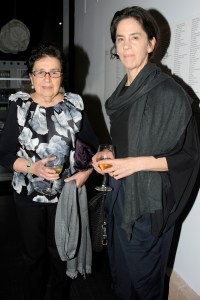 Los Angeles’s Hammer Museum announced today that it has hired Connie Butler to serve as its chief curator, taking the place of Douglas Fogle, who stepped down about a year ago. Ms. Butler was already bound for L.A. to curate the museum’s 2014 “Made in L.A.” biennial with Michael Ned Holte. She had served as chief curator of drawings at the Museum of Modern Art since 2006.

But that’s not the only action at the Hammer. Aram Moshayedi, currently associate curator at Redcat in L.A., has also been tapped to serve as curator at the museum.

Thanks to Carol Vogel of The New York Times for tipping us off to the news.