NYO spotlights the Hamptons, where real estate sometimes follows Manhattan trends, but has its own particular flavor as you move through the towns of the South Fork.

You might think that, less than a year after a cataclysmic coastal weather event like Superstorm Sandy, home buyers would be a little gun shy about purchasing properties near the ocean. But you would be—in the case of the Hamptons, according to the experts we consulted—wrong. The fact is that the Hamptons, unlike some communities in Long Island closer to Manhattan, largely escaped the wrath of Sandy, although some low-lying properties, like Jane Lauder’s cottage by the sea, were flattened. But by and large, the East End was spared and is drawing buyers who might have considered beach communities elsewhere. “Superstorm Sandy is attracting new people to the Hamptons,” says Ernie Cervi, Corcoran’s Executive Managing Director in Bridgehampton. “Where beach communities were devastated by the storm, those in search of a world-class beach resort are test-driving the Hamptons.”

Last year, brokers say, the market did not start really hopping until the end of the year, which brought tax breaks for those who closed before the start of 2013. Different story this year, says Marcia Altman, senior director for Brown Harris Stevens of the Hamptons. “The market has taken off with great enthusiasm,” she says. “Some price ranges are selling like hot cakes.”

And with some first-quarter results already trickling in, both trade volume and pricing are on the rise. “I thought the transactional volume of the fourth quarter 2012 might cannibalize the first quarter of 2013,” says Andrew Saunders, head of Saunders & Associates, which has offices in Bridgehampton and Southampton. “But our bookings are very strong. There’s renewed enthusiasm for the Hamptons.” Among those who are enthused, Mr. Saunders adds happily, are the investor class. “For prime investable properties south of the highway, there are many more buyers than sellers.” The clubhouse at Bishop’s Pond, site of a new development.

One seaside and wind-swept area that is attracting a lot of attention these days is Montauk. The once-sleepy fishing village at the farthest reaches of the South Fork has become a magnet for the glamorous and even those in search of nightlife. “Over the past few years, many restaurants, hotels and club-like venues have been established in Montauk,” Mr. Cervi says. “You can still go there for its great surfing, beaches and small-town atmosphere. But now you can also go to a chic place for lunch and hang by the pool.” Everyone from singer-songwriter Rufus Wainwright to candypreneur Dylan Lauren has heeded the siren song of the new—but still charming—Montauk.

Oceanfront is great, but being near any kind of water is always a draw. And as Mr. Cervi points out, the Hamptons are chock-full of beautiful bays and ponds—something that many homebuyers love. For those who must have ocean, but don’t want to travel as far out as Montauk, there are plenty of other pleasant options as well. “There are great oceanfront deals in Westhampton and in Quogue,” points out Douglas Elliman president and CEO Dottie Herman, a longtime Hamptons expert and great aficionado. “The beaches are beautiful there. Further east, if you search north of the highway, there are some really spectacular homes with unbelievable views, and for less than what you would pay for the same amount of space south of the highway. Each town has its own character—there is something for everyone.”

Ms. Altman sees the trend moving westward as well. “The western Hamptons, Westhampton Beach and Quogue area are particularly hot,” she says. “The traffic that clogs the roads east of the Shinnecock Canal and the difficulty getting into restaurants, etc. … further east, has brought the buyers to this area in droves.”

Everyone is noticing the uptick in activity. Ms. Herman says renters commenced their searches for Hamptons summer getaways earlier in the season this year compared to last, and everyone seems to agree that well-priced properties for sale are moving briskly.  “Anything priced right is hot,” Ms. Herman says, “because people want to know they are making a smart investment. The Hamptons is one of the most beautiful places on Earth, no matter where you are.” Somewhere to dine al fresco in the Hamptons.

Who is buying these homes? Mostly New Yorkers, and those from the tristate area, with a smattering of foreigners and the usual contingent of people from the entertainment industry. Most deals are not the high-profile ones that make the news, like hedge fund titan Steve Cohen’s $60 million purchase in East Hampton on Further Lane and the Atlantic Ocean. In fact, as Mr. Saunders is at some pains to point out, the “critical mass of transactions is $2 million and under. The Hamptons has an elitist reputation. But the lifestyle is affordable to more people.”

Concurring that the super-rich and famous alone do not make a market, Ms. Herman says, “The second-home market is a huge trend right now among two sets of people: Baby boomers who want to buy a place big enough to have their children and grandchildren come visit, and the younger set who want to feel like they can get away without the hassle of taking a plane. They can drive a couple of hours and still feel like they are on vacation. With interest rates near record lows, I anticipate this second-home trend will be around for a while.”

The buyers Ms. Altman is seeing are asking for and paying higher prices for updated homes with new kitchens, baths and updated mechanical systems. “There is also a very noticeable trend towards modern,” she notes. “It’s showing up in new construction and in the ’70s and ’80s contemporaries that lend themselves to modern renovations.”

Mr. Cervi says the confidence in the Hamptons market is evident in broad daylight with new construction dotting the landscape. “Investors and end users are buying raw land and building substantial homes,” he says. And in yet another development, Mr. Cervi’s firm, Corcoran, is involved in the creation of two new condominium buildings as well. One is the conversion of the Bulova Watchcase Factory in downtown Sag Harbor, called, appropriately, Watchcase. The other is Bishop’s Pond, a parcel that will feature large units in Southampton. 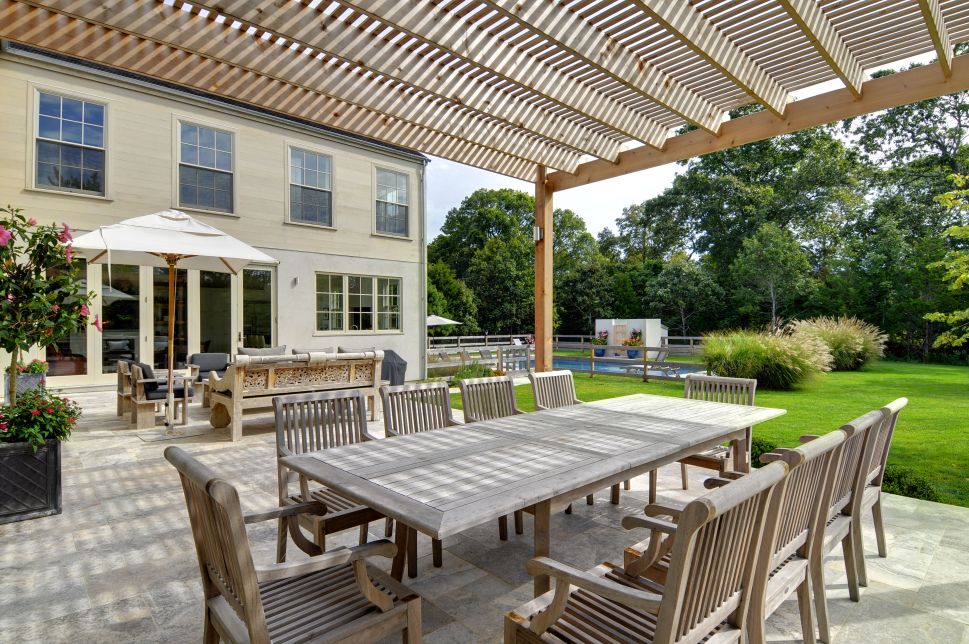