Orchard Street has sprouted another gallery. This weekend, Chelsea’s Harris Lieberman is opening a second space on the already well-populated block between Canal and Hester.

Jessie Washburne-Harris, co-founder of Harris Lieberman, told The Observer that she heard about the space, at 34 Orchard Street, from art dealer Kerry Schuss, whose gallery is next door. With renovations starting in July on the gallery’s main space at 508 West 26th Street, Ms. Washburne-Harris said she jumped at the opportunity. “We’ve always been interested in what’s happening down there.”

A cozy space—around 700 square feet—34 Orchard, which is between Mr. Schuss’s gallery and that of Miguel Abreu, has for the past four decades been a hosiery store. Harris Lieberman will inaugurate it on Sunday, May 5, with a two-week exhibition of a video by artist Matt Saunders that was created for an exhibition at Tate Liverpool. The space will serve as a base of operations during the Chelsea renovations, and will thereafter serve as a second space.

Harris Lieberman, which was established in 2005 by Ms. Washburne-Harris and her husband, Michael Lieberman, represents Karl Haendel, Julian Hoeber, Lisa Oppenheim, Thomas Zipp, among other artists. The gallery was located in the far West Village until two years ago, when it relocated to Chelsea. 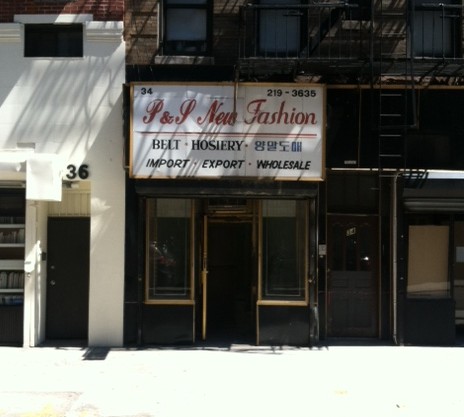