JERSEY CITY – A late burst of Republican cash to his opponent spells out what incumbent Mayor Jerry Healy has warned all along about his opponent.

“We represent the bulk of the working people, and we’re fighting the same guys we fought in 1933,” said the FDR Democrat, panning challenger Steve Fulop as a Republican turnkey to privatizing the school system.

“I know the Abbott School District has been sticking in the craw of Republicans in the ex-urbs,” the mayor added before he ducked into a local firehouse in Ward B to thank poll workers.

His son works here as a firefighter, and on the mayor’s command, the younger Healy yanked the garage door to throw sunlight on the polling place.

“I don’t want you all to asphyxiate in here,” the mayor said.

Fulop and his team got nearly $25,000 in the closing days of the campaign from state Sen. Kevin O’Toole, (R-40), a close ally of Gov. Chris Christie’s.

Receivers of $80,000 late for their Election Day ground game, Healy’s troops have dominated most of the street exchanges today. Their signs, too, have proved more durable than Fulop’s.

“I do the same every Election Day,” said the mayor. “What I like about this is all of the positive feedback I’m getting. They say we’re getting a big turnout today, which is great. All the experts, all the prognosticators say I want low turnout. That’s not true. I hope we get 40,000 people out there.” 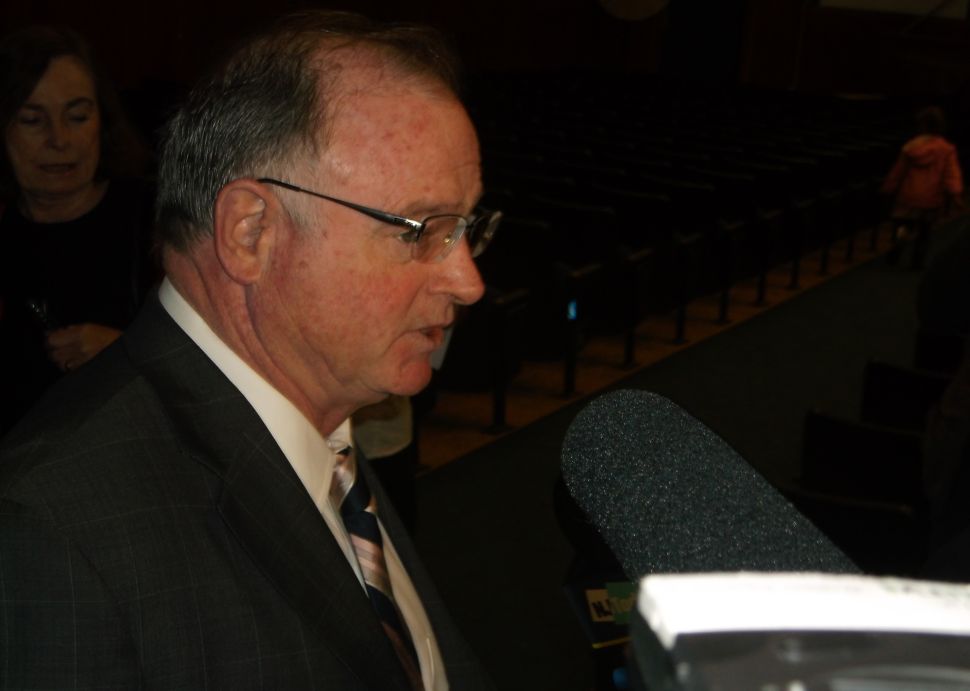