“Whatever the new mayor needs for me, I stand ready, willing and hopefully able to help him out,” Healy said at his campaign headquarters.

Healy made a brief statement to the crowd of about 150 supporters shortly after conceding the race to Fulop.

He spoke sometime after arriving at his campaign headquarters for the night. Before the statement, Healy first gathered around supporters to give hugs and thanks.

Following his speech, he told PolitickerNJ he was taken aback by the results, saying that in the weeks leading up to the election he thought it was a closer race than it turned out.

“It wasn’t particularly close,” he said. “I was a little surprised.”

When asked if he thought the rehashing of an old story about him being photographed naked outside of his house contributed to his loss, Healy shot the notion down.

“The naked picture story? No. This has been the fourth election [that] has been run,” he said. “I think maybe [residents] just get a little tired of you after a while and that’s what happened.” 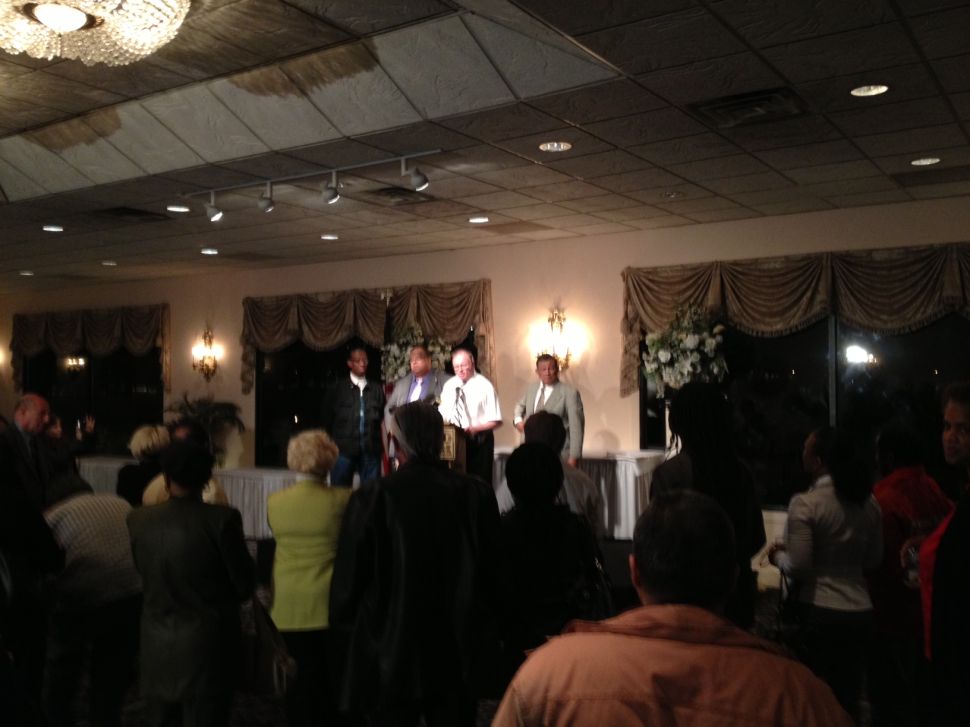